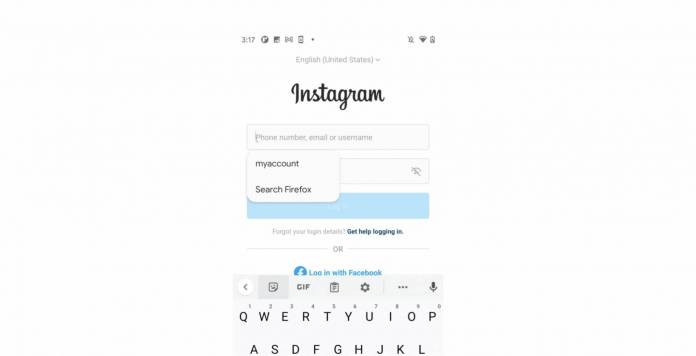 A few weeks ago, Firefox launched a beta feature that would let users enable autofill for all your login and passwords on the Android app. Now, this feature is being rolled out this week with the Firefox 93 update for all users. While Mozilla already has a password management app called Lockbox, this new feature on the browser should make it easier for users to access sites and apps without having to install another app or even open a web page.

When you install a new app on your Android device which will require you to log in, you can now save your credentials directly to the Firefox browser. It will then save this on both your mobile device and your desktop, as long as you’re signed in to your Firefox account of course. Once saved, you will be able to autofill the passwords to log into any of your online accounts. This includes apps like Twitter or Instagram. Firefox says you don’t even need to open a web page just to be able to log in.

You can also set it up to unlock your passwords with your fingerprint or face, depending on what biometrics your device uses. As long as no one is forcing you to use these biometric security measures, it is the more secure way to keep your logins and passwords safe. If you sign up for Firefox Monitor, you’ll get notifications in your email when there has been a data breach or if one of your accounts has been hacked.

Mozilla is also pushing their VPN service for those who need an encrypted connection to protect themselves from hackers and other security breaches that come from accessing public WiFis. At $9.99 per month, it offers only virtual private network for you but no other additional privacy tools. But if you want to support Mozilla’s nonprofit model and its browser Firefox, then this is one way to do so and get VPN at the same time.

The autofill and password saving feature rolls out in version 93 of Firefox for Android starting October 5. This is of course better than using your favorite superhero as your password as names like James Howlett, Clark Kent, and Bruce Wayne are some of the most breached passwords this 2021.