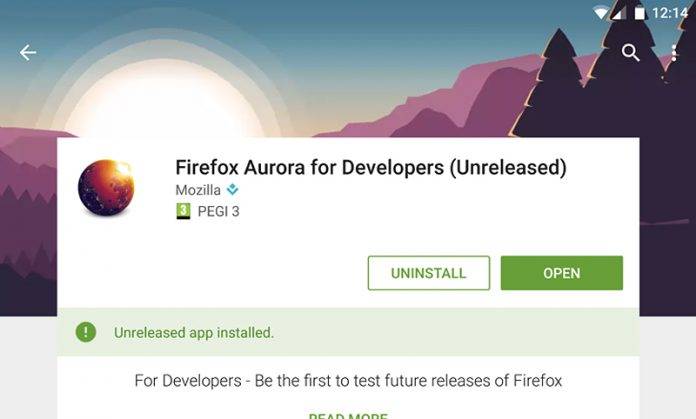 When Mozilla says that Firefox Aurora will be available in its “unreleased” form, this means that the software will be unstable and not meant to be used by the general public. The upside here is for developers and users interested in providing feedback for bugs and features for Firefox, and they can now download Aurora from the Play Store.

The version available via Google Play Store (download link below) is now consistent with the one available via the Mozilla website, which is version v51.0a2. Version 51 actually is not a big update from the one before it, but what it does add is pretty significant: Skia content rendering. Skia is a graphics library that owned by Google and used in Chrome, but the good thing is that it is open source.

If you want get ahead of the curve and see what features will get bumped to the official Firefox for Android app, you can take a look at Firefox Aurora. Check it out below.