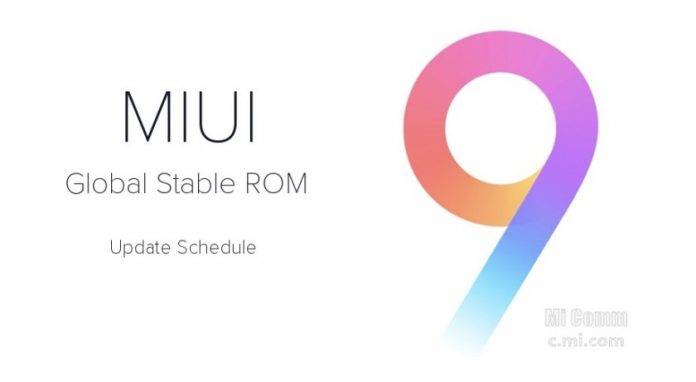 After spending a long time in its beta channel, Xiaomi is finally rolling out the MIUI 9 Global Stable ROM – which means that all devices that are not using beta software and are programmed to receive this update should do so in the next few weeks.

The MIUI 9 will first roll out to the Mi Max 2, the Mi 6, the first generation Mi Mix, the Mi 5, and the Mi 5S Plus. The rollout to these device will either be the “Global Stable” ROM or a mildly confusing “Beta Stable” ROM. That said, Xiaomi expects to upgrade all the devices in this batch to the Global Stable ROM within the next few weeks.

The MIUI 9 Global update highlights improved speed in the user interface, and it boasts of performance which is supposedly at par with stock Android. There are also new and improved approaches to notification handling, a new split screen feature, a secure app vault, and quick replies.

For the full list of phones getting the update, click on the source link below. Be aware that older Xiaomi phones – the ones release around 2013 – might have to wait for the MIUI 9 update until December of this year.