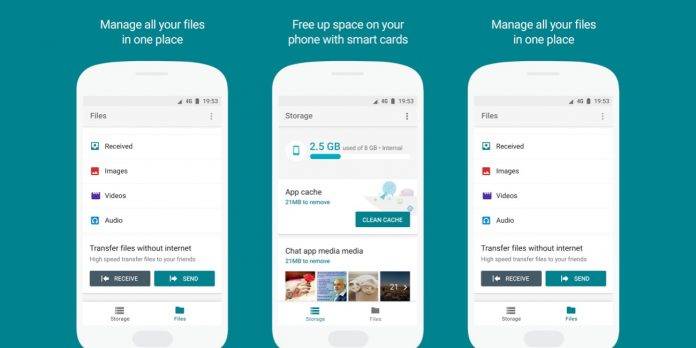 When Google first put up the Files Go on the Google Play Store, it was to test out the file-transfer and file-management app for certain markets, particularly those with slow Internet and with devices with small internal storage. This was supposedly part of their Android Go initiative. They immediately pulled it out for some reason, but now it’s back again, although it is still marked as beta and “unreleased”, so if you don’t like buggy and unstable apps, download at your own risk.

But if you would like to see what the storage manager app can do and test it out to help Google improve, then you can download it. Well, only if you’re part of the “few more of you” that Caesar Sengupta, Google VP of the “Next Billion Users” team, mentioned in his tweet. It seems this time around they’re expanding access to the app probably in order to get more feedback before releasing it in its final, stable version. There’s no indication as to which territories will be able to access the app though, so just try it first if you can (this writer apparently cannot).

If you weren’t aware of what the Files Go app is all about, it is a simple and not space and data hungry app that will allow you to free up more space on your device. It suggests apps and files that you can delete (either because they’re duplicates or they’re not being used) and tells you to clear your cache and other things you probably know but forget to do. The Files section groups your files into photos, videos, and audio, and then sub-categorizes each into its sources like camera, chat, etc.

Another feature that might appeal to users is the ability to transfer files quickly and offline, probably through Bluetooth. If the app is available where you are, try to download and test it out from the Google Play Store.