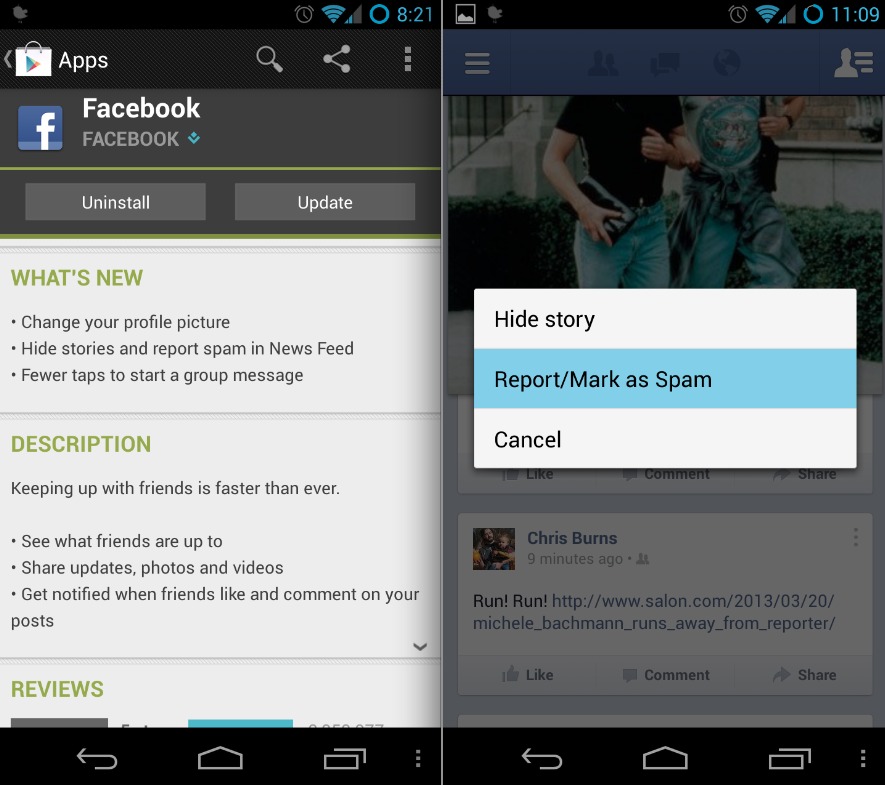 Today the folks from Facebook and team Zuck have just issued a software update for their highly popular Android app. First off, no, this isn’t the new design they revealed a few weeks ago but it does bring some much needed improvement to a few features on mobile. For one they’ve streamlined the change your profile picture option, something that’s been a chore on the Android app.

For those who’ve tried to change their profile picture on the Android app, it certainly wasn’t easy. You had to fumble through your gallery, select the photo, go into options and find a “set as profile photo” option. Now they’ve made it dead simple, just tap your profile picture in app, and you’ll be prompted to change it with ease. Interestingly enough this update comes from the Play Store. Last week we received news Facebook would be pushing updates behind the scenes without the use of the Google’s Store.

It’s about time Facebook! Then they’ve also added a few other features to make the mobile experience better, but they are minimal at best. Today’s update will also allow Android users to clean up and get their News Feed in order. Facebook’s added the option to quickly hide stories and even report spam in users Feed. This way you can remove and clear unwanted content in a single tap.

Last but not least Facebook also updated the UI to allow fewer taps to start and join a group conversation or message. Basically it will take less taps to quickly join the group and begin chatting about the weekends plans, or what have you. It’s a small update but I’m just glad they’ve made it easier to report spam and remove content on mobile. Now about those automatic updates…