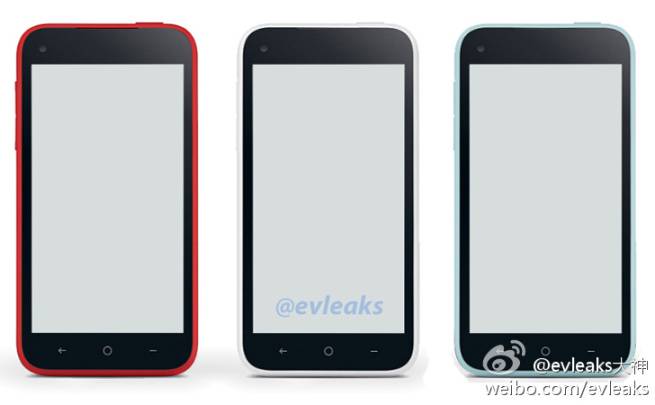 It looks like we’re slowly but surely starting to get the complete picture for HTC and Facebook‘s plans for their event tomorrow. After the initial leaked photo appeared yesterday giving us our first look at the ‘HTC first’ Facebook Phone, another has arrived today with the smartphone sporting 3 color options. Now all we need is for it to be official and to get our hands on it.

Earlier today we received images showing the actual software and some screenshots, and it’s safe to say Facebook will be taking over this smartphone and Android in full force. And now we have learned the HTC first (codenamed Myst) will be coming in Black, Red, White and a Light blue color variant.

We’re being told the overall design cues are a mash-up of the iPhone and HTC One, only not quite as high-end and coming with only a 4.3-inch display. We have a feeling HTC and Facebook are aiming for the everyman with this device, and here’s the specs we’ve seen thus far of the new smartphone:

So now we know Android will be covered in something called Facebook Home that will deliver any and all content from regular messages and calls to Facebook right to your homescreen. We have the details on the hardware, and we’ve seen renders on what the device will likely look like. Now all we need is to get our hands on it and snap some video. Well you’re in luck!

Tomorrow we’ll be live from Facebook’s event and will bring you all the details, pictures, video, and hands-on with their new smartphone. We’re still not fully convinced that a Facebook Phone is a good idea, but we’ll reserve full judgement for when we see it tomorrow. Who’s excited?