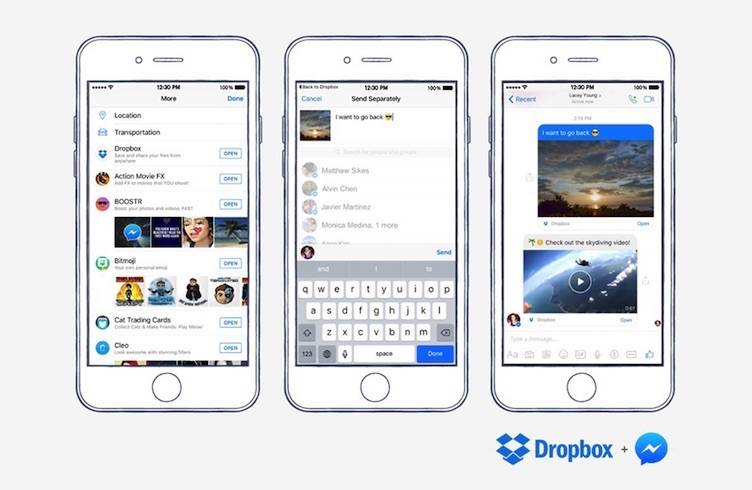 Dropbox still remains as one of the top cloud storage services today. After linking with Drag and syncing with Adobe, Dropbox now works with Facebook Messenger. Sharing with files via the instant messaging app is easier now because right within a conversation, you can share files, videos, and photos saved not only from the device but also those straight from your Dropbox account.

It’s no secret that Messenger is fast becoming an essential tool for communication. It’s also becoming more independent from Facebook. It’s really faster to communicate and send media files instead of having to email them. With Dropbox integration, users don’t have to leave the app just to retrieve or send a file.

While inside a conversation on the Messenger app, click on the ‘More’ button and then choose file or photo from Dropbox. Make sure you update both apps to the latest version. Log in to your Dropbox account when asked so you can quickly access your files anytime.

Convenience is just one benefit of this Dropbox and Messenger integration. This development only shows that “going into the cloud” is a smart move. Being able to access your Dropbox account from Facebook Messenger means less than for navigating and searching for the items you need.

Download Dropbox and Messenger from the Google Play Store