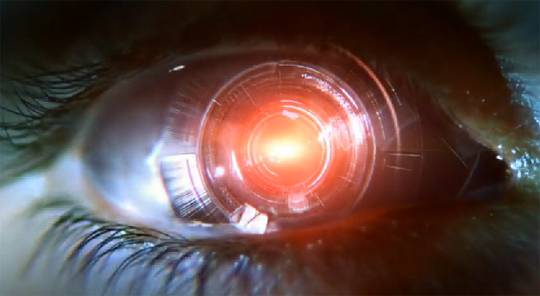 Samsung has recently been spotted trying to patent an iris recognition system for use in a future smartphone. It is, however, hardly alone in the idea or implementation, as demonstrated by this Kansas City-based company called EyeVerify who believes that the eye can be the window not only to the soul but to your mobile device as well.

Biometric identification has already been around for quite some time but it seems to have hit the consciousness of the mass market only recently. Once the new iPhone 5s sported a fingerprint scanner, almost everyone suddenly wanted to jump on the biometrics bandwagon. Naturally, Samsung wants to be contrary and is rumored to instead be working on using eye, or to be specific, iris scanning technology.

EyeVerify’s system works on an almost similar basis but uses a different and more overlooked aspect of the human eye: blood vessels. In theory, blood vessels are unique to each person, much like fingerprints. These can be photographed and turned into unique identifying marks that can be later used as a replacement or additional authentication factor. The blood vessels make a good contrast with the whites of they eyes, making it possible to clearly distinguish the markings even in dim light.

EyeVerify develops the software for this process and sells it as a plugin. It licenses this technology to clients, which include names such as Fixmo and AirWatch, who use EyeVerify’s development kit to customize it. They then offer their own proprietary services to clients, some of which include the military and government entities. EyeVerify, of course, wants to expand biometrics, and, therefore, its product, into more areas. But the technology, even fingerprint scanners on smartphones, is still too new and too novel in consumers’ minds to make it a convenient and easy replacement for tapping in a password or PIN.