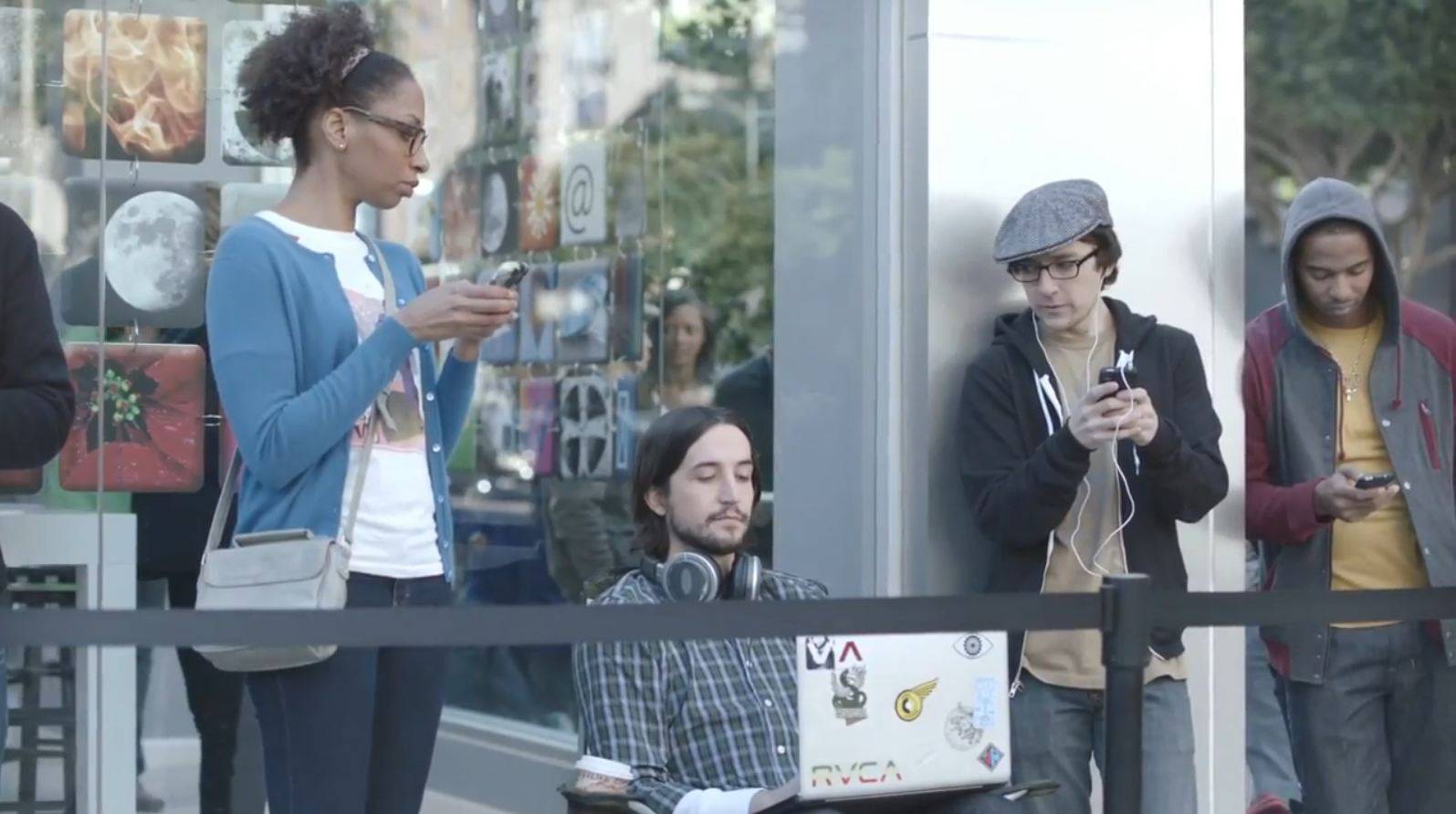 Have you checked out Samsung’s new Galaxy S II commercial, calling out Apple fanboys and girls as the mindless hipsters you know them to be? If you haven’t, do so now – it’s a pretty awesome bit of not-so-subtle marketing. Androinica spotted a full 1.5 minute cut of the ad on Samsung’s YouTube channel, with even more indirect Apple bashing. It’s embedded below for your viewing pleasure. Even more exciting, the ad will run during major NFL games and other events this holiday season.

Under the guise of a stage “big deal” phone event and the famously ridiculous lines that the iPhone has inspired, the ad pokes fun at the stereotypical iPhone user. Earbud’d and equiped with page 17 of The Gap catalog, the denizens of Appleville wait for hours on end to simply touch the latest magical device. While hearing reports that the battery is less than stellar, and wondering how others will know their phone is new if it doesn’t look any different, they find themselves lusting after some nearby superior hardware. The ad calls out some of the major complaints about the iPhone, like a relatively tiny screen, a warmed-over design and not least the annoying Starbucks-hopping hipsters that tend to be Apple’s most dedicated fans.

If you live in the U.S. and happen to be a football fan, you’ll probably be seeing this add and shorter cuts a lot over the next few weeks. Samsung will be running it during major NFL and NCAA football games, likely right alongside Apple’s sterile Big Brother commercials. The campaign for the Galaxy S II will run until Christmas Day. Make sure your iFriends are watching.