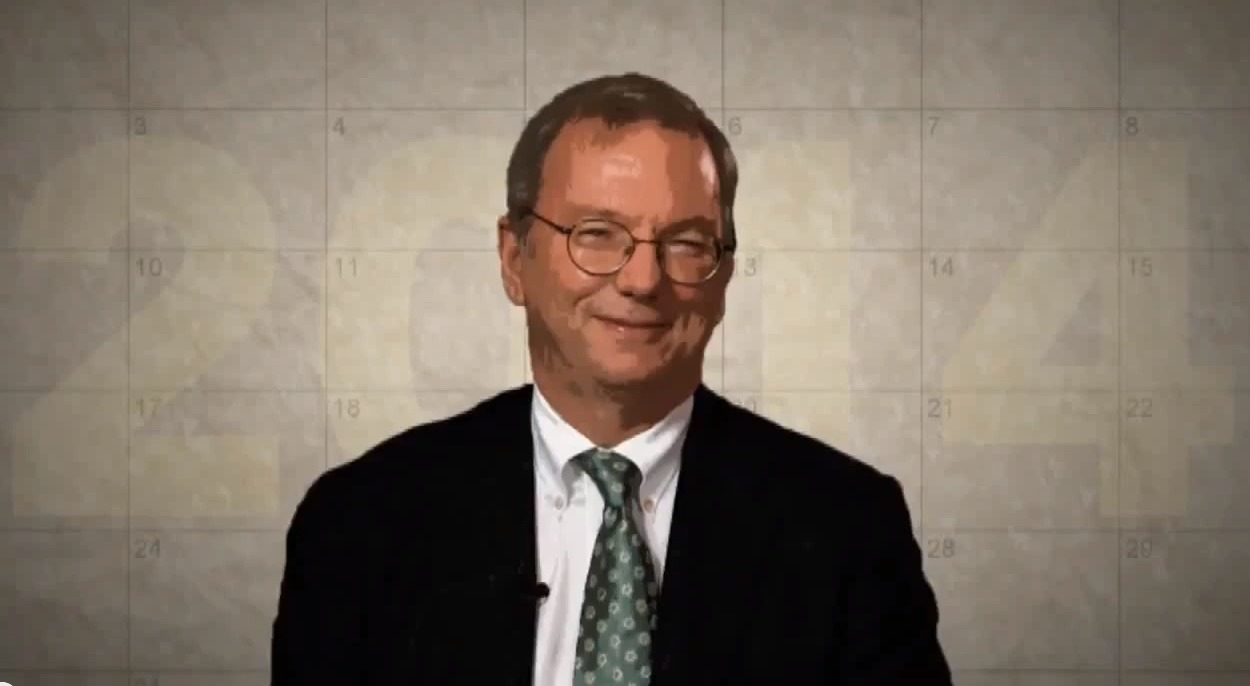 Now that’s he’s told us how to properly distance ourselves from anything that isn’t Android, Google Executive Chairman Eric Schmidt is now predicting the future. In a Bloomberg “Ask a Billionaire” segment on YouTube, Schmidt claims the sprint away from traditional computing has seen it’s day, declaring mobile technology the winner. He also says that in 2014, everyone will have a smartphone.

While perhaps a bit of hubris, he does hit on a salient topic, and that’s feature phones holding a place in the market. Easy to get — and easily affordable — some simply prefer feature phones to smartphones. Others don’t particularly need smartphones, or find the technology over their head a bit.

Schmidt may feel the mobile race has been had, but it also makes us ask just what mobility is. Schmidt says “There are now tablets and phones being sold than personal computers. People are moving to this new architecture very fast”, which we won’t argue with. But if the trend is asking toward mobile, we’d be interested to know how Schmidt feels about Chromebooks and their recent surge in a dying segment.

The Google Chairman also laid a bit of groundwork for Calico, noting that collecting medical data would be important to research and driving the field of genetic research. If you’re wondering where Schmidt felt Google screwed up, it’s social. He takes responsibility for not anticipating the social media “phenomenon” during his tenure, and acting appropriately. Though they have Google+, Google is still trailing in regard to popularity and users when compared to other platforms.