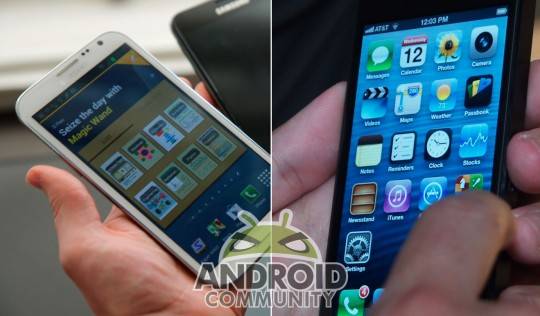 Holiday season and the time of gift-giving is almost upon us. And what better gift is there for your iPhone touting buddy than a brand new high-end Android smartphone? But since a new mobile platform always involves no small amount of hassle when migrating from the old one, Google CEO Eric Schmidt himself has decided to help his friends and yours in making that crucial step less daunting.

Unsurprisingly, the first step involves setting up the device with a Gmail account that will serve as the gateway to the Android world. Of course, not all Android devices need one, especially those that don’t use Google Play in favor of their own services. Schmidt also recommends installing your favorite apps at this point, if they have Android versions. This phase is relatively painless. The tricky part comes when its time to sync or transfer your data from Apple’s ecosystem to Google’s.

There is not easy way around this and it requires Apple’s iCloud service. It also requires setting up a Google account on the iPhone or iPad as well. Once the necessary options have been set, like setting the Gmail account to sync Contacts, new users should start seeing their contacts slowly make their way into their Android phone or tablet. Of course, there might be some hiccups along the way, but it is possible to manually export contacts from Apple’s iCloud web portal as a vCard file and then import it manually into Gmail’s web interface. Music is also easy to move over by using the free Google Music Manager software for the Mac. What this program does is upload your iTunes music to Google’s own cloud version. While the app itself is free, one has to sign up for a Google Wallet account first, which is also free but requires users to enter credit card details. Photos are a bit trickier.

Once all that is done, all that’s left is transferring your SIM card, which will require a nano-SIM adapter, to your Android device and saying goodbye to Apple’s exclusive services and apps. Schmidt recommends switching to Chrome instead of Safari, even on the iPhone, and turning off iMessage, probably in favor of its own Google+ Hangouts.