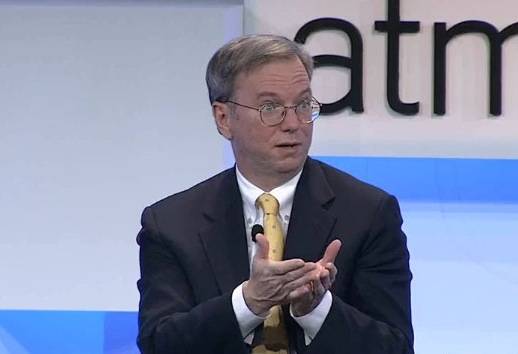 The big man at Google known as Eric Schmidt looks to be stepping in to share a few comments regarding the current lawsuits we have been reading about. Not only is HTC getting hit but Apple and their army of lawyers have been going after Samsung too. At a Google mobile conference in Tokyo, Schmidt was pretty confident it talking about not only Apple lawsuits but also the issue with Microsoft as of late.

While talking at the mobile conference Eric Schmidt basically boils it down to the success of Android stating that the competition is just jealous of their success. Here is what Schmidt had to say in his few choice words.

We have seen an explosion of Android devices entering the market and, because of our successes, competitors are responding with lawsuits as they cannot respond through innovations,” he said. “I’m not too worried about this.”

This not only goes for Apple but also Microsoft who have been banking $5 on every HTC phone sold. That isn’t all either, Microsoft is going after multiple Android OEMs for similar agreements that are making them more money than their own Windows Phone 7 currently is. This is exactly what Schmidt is talking about, Microsoft is going after the success of Android while they are still late for the smartphone party.

Schmidt also went on to say that Google would support HTC if needed. When asked if they would offer support to HTC if they lose his response was, “We will make sure they don’t lose, then.” He declined to comment more on how or what they would do to support makers like HTC and other possible targets but at least it’s a bit of reassurance for everyone.

Google backing and potentially providing aid to their partners is a great move and I guess this goes along nicely with the Google motto “Don’t Be Evil”. It is getting pretty hot in the patent and lawsuit areas of Android and things keep taking a turn for worse. HTC recently purchased S3 Graphics to have a wide portfolio of their own patents to help fend off the likes of Apple so it might get even more interesting. These things take lots of time but we will be following along for more details.