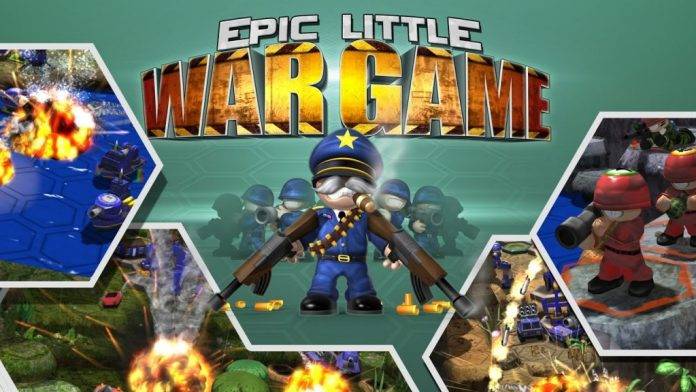 Rubicon Development’s War Game series has been with us for a while now, and a lot of you might be familiar with it. It started six years ago with Great Little War Game, a popular game at that time. In 2012, the next game in the series arrived in Great Big War Game. Then Great Little War Game 2 followed in 2014. It’s 2017, and it’s about time for a new installment in this series – and “Epic Little War Game” is here, improving on everything we love about this series.

Epic Little War Game is expensive for a game – but that’s probably because Rubicon crammed it with both a good single player mode and multiplayer features to the rafters. The game has a beefed up single player mode that progressively teaches you the gameplay by allowing you to simply play the game. Then there’s the multiplayer mode with both online co-operative and player-versus-player gameplay. Lastly, there’s a random level generator, which means you can replay levels endlessly.

The game follows the same formula as the previous games in the series. Players will need to adopt a strategy, select the right soldiers and artillery for the job, and go on to decimate their enemies. And the cute visuals will probably help in keeping things light and friendly.

The pricing is USD$6.99 – Rubicon has elected to keep the “pay once and play forever” model here, and it looks like this game will be worth the price of asking. No IAPs for you, just good old gaming.