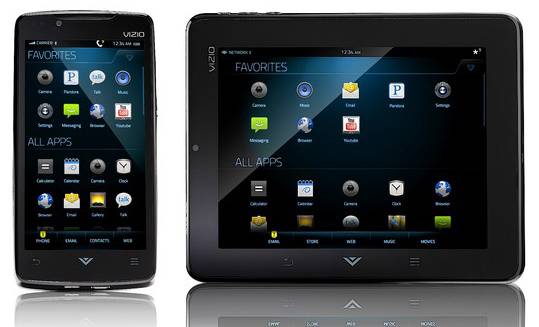 The geeks over at Engadget went hands on with the Vizio Android phone at CES today and the thing looks really cool. They point out that the phone they played with is in early production stages and that neither the hardware nor software is ready for production. Apparently, the design and user interface of the device has lots of promise.

Some of these details we already know, like the device has a 4-inch screen with a resolution of 854 x 480 and a 1GHz processor. The handset sports 4GB of RAM and a microSD card slot, HDMI port and a USB port.

They OS on the device is said to be either Android 2.2 or 2.3 with a heavy Vizio skin over the top that Engadget says is one of the hottest looking and most useful they have seen. Hit up the source for full details and to see the video.