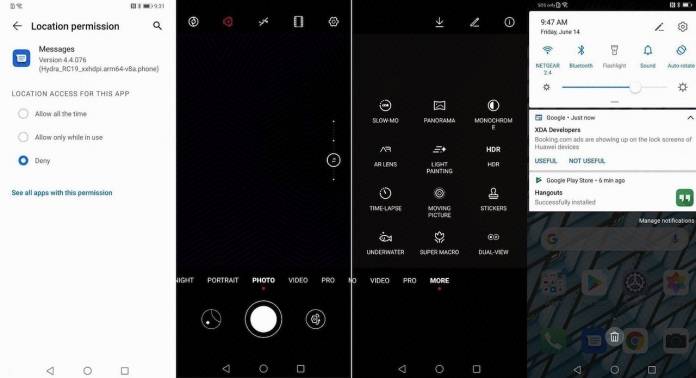 The EMUI is Huawei’s very own custom interface for Android. Every new Android dessert, Huawei launches a new EMUI version. The latest EMUI 9 is based on Android 9 Pie. Android Q is coming which means the next-gen EMUI 10 will be Android 10. The past few weeks have been challenging for Huawei especially since Google decided to cut ties with them after the urging of the Trump government. Interestingly, the tech giant has eased limits only after a few days of its decision. It also warned the administration about bigger national security risks if it continues its tirades against Huawei.

Google may still revoke the Android license of Huawei after August 19. Nothing is final and official yet but if President Trump is unmoved, the Huawei will no longer be able to use Google Mobile Services. Huawei may be forced to use its own Ark OS or use what the Russians have.

We’re only thinking about future phones. Models in the current lineup may still use Android or still be able to upgrade to EMUI 10 based on Android Q.

The next update may be ready for the Huawei P30 Pro as per a recent sighting on FunkyHuawei.club. The service allows you to to do anything to your Huawei or Honor phone including update, bootloader unlock, or rebrand.

Instructions have been provided for the pre-release EMUI 10 build which only means it is ready soon. If you know your way around coding, you can try to do so yourself just like XDA developer Max Weinbach.

The EMUI 10 still seems similar to the EMUI 9.1. The user interface still shows the same look including the notifications, launcher, status bar, Settings, and Quick Settings. Only noticeable changes on the camera app and the new permission controls on Android Q.