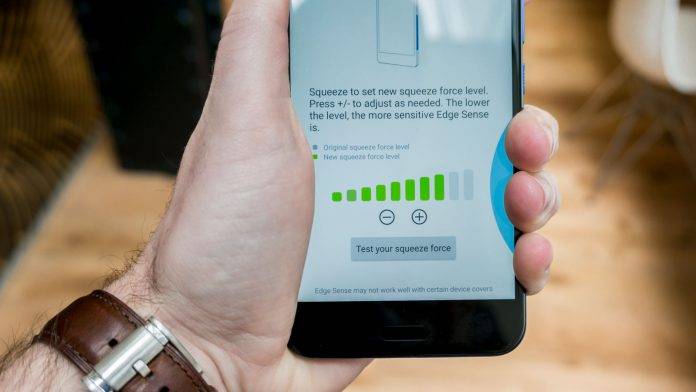 Still on the topic of HTC’s very formidable flagship the HTC U11, it has that feature called “Edge Sense” which triggers actions when you “squeeze” both side edges of the smartphone. It’s a little bit gimmicky, to be honest, much like Samsung’s edge display when it first appeared on the Galaxy Note Edge. But enter “Edge Sense Plus,” an app developed specifically to expand what you can do with the HTC U11’s Edge Sense.

On the surface, the HTC U11’s Edge Sense feature is pretty limited – you can either launch the camera, launch a voice assistant, launch an application, trigger audio recording, take a screenshot, or start the WiFi hotspot. There are only two types of “squeezes” – a long squeeze and a short one, and any combination of both will launch a specific task.

The good thing is that HTC is not blocking aftermarket development for this feature (we’re looking at you, Samsung for Bixby), and this development has produced the Edge Sense Plus app. With this app – and root access recommended through Magisk – you can now do combinations of long press, double press, and short press. This will be able to launch a myriad of tasks such as launching any specific app, activate a Tasker task, toggle bluetooth, wifi, vibration, DND, launch assistants and more.

The magic even extends as Edge Sense Plus will give you options on a per app basis. This means that you can assign squeeze actions unique to any app you may have on the foreground of your phone at any moment. Pretty cool.

You can download the app via the Play Store, but we recommend you read up on the official XDA thread here. Magisk and root access will allow you to launch squeezes even if the screen is off, which without root is impossible.