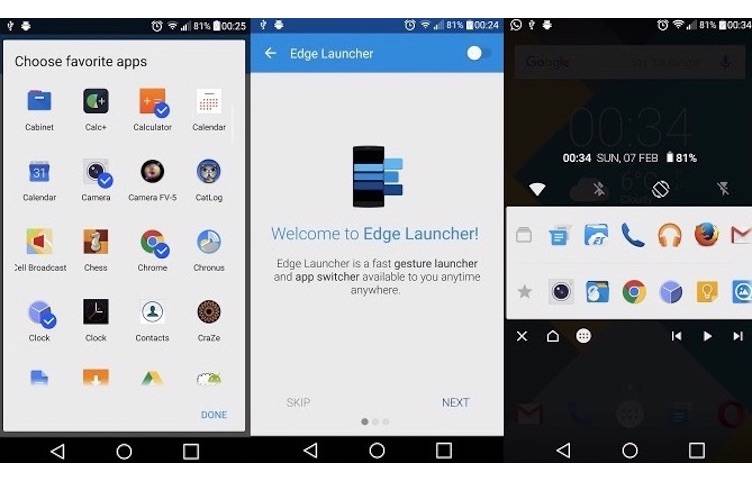 XDA developer and senior member Phat 7 happily shared the news that the Edge Launcher is finally getting a significant update. Edge is known as an efficient app switcher and gesture launcher that can be accessed from the edge of your mobile screen. Since there are only a few devices that feature an edge display screen, this can only work on the likes of the Note Edge, Galaxy S6, S6 Edge, S6 Edge+, Note 5, and soon the Galaxy S7 and S7 Edge.

The updated app brings new Expand Notifications quick setting plus the option to show time in a 12-hour format. You can still use a maximum of 14 customizable toggles and settings on the Pro version of the app. These icons can be opened with a touch from either the left or right edge as a shortcut to quickly open frequently used apps.

The mobile user isn’t limited to the default appearance of the items because you can also customize the colors. Edge Launcher app is still in beta but the Pro version can now be downloaded. The developer noted that this update is a major one. This includes Material Design for the app settings and some card UI and animations.