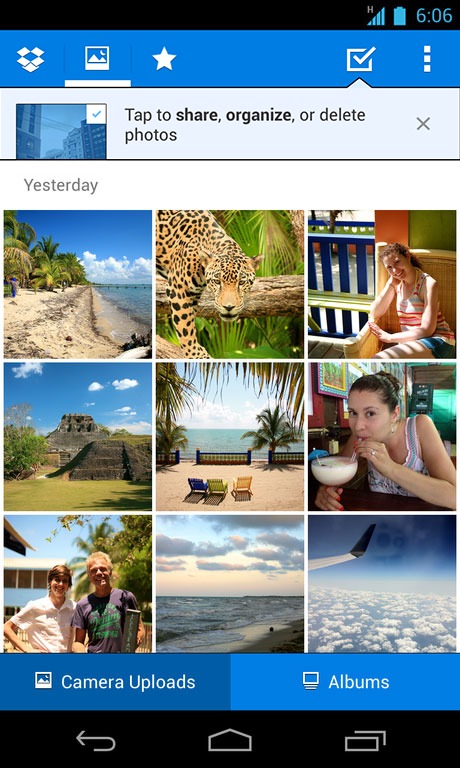 Dropbox for Android has improved with each beta and update and has been one of our favorite cloud storage options since as long as we can remember. This weekend the developers pushed a nice quick update to their popular Android app adding even more functions, features, and UI polish. Check it and the details out below.

We first mentioned this back in late December when Dropbox released the beta, but now just a few weeks later the update has officially landed in the Google Play Store for all to enjoy. This time around they’ve added tons of features specifically tailored for photo managing and sharing.

Dropbox version 2.3 available today allows users to share one or several photos at once, organize photos into easy to find albums, and even delete individual photos or entire albums. Their photo “gallery” was decent before, but this makes using and sharing your favorite stuff even easier — all in the cloud. That isn’t all they’ve done with this update either.

As usual the developers took the opportunity to tweak and improve the UI, although those changes were quite small. The photo gallery looks slightly improved and more polished around the edges too. Then as usual they state bug fixes and performance increases. Remember, using automatic photo uploads now lets you earn 3GB of free space, so feel free to turn that on. Enjoy the latest and greatest Dropbox for Android and let us know if you use it, or prefer Box.