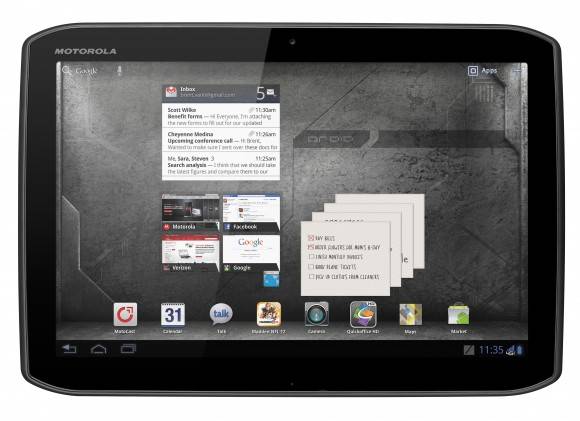 Yesterday the Xyboard slates landed at Verizon Wireless locations, but we didn’t have a launch date for the devices. Today we have learned that the Xyboard 10.1 and 8.2 slates are now available to purchase. Both of the tablets have similar hardware inside with the screen size being the only difference. They pack 1.2GHz dual-core chips.

We aren’t seeing good things in the future for the Xyboad slates with the prices that Verizon has strapped them with. It looks to us like Verizon has again overpriced its wares. The smaller 8.2-inch tablet is $429.99 and the larger 10.1-inch tablet is $529.99. Both of those require a new 2-year data agreement. Those are hard prices to swallow for many users.

The tablets will have three different storage capacities with 16GB, 32GB, and 64GB versions. That Media Edition tablet with the smaller screen isn’t offered in the US. We already know the hardware, but to refresh you a bit the tablets have WiFi, front and rear cameras, and the screen resolution is 1280 x 800. I wish Verizon would price one of these new Android tablets at the same rate that the iPad goes for and then go with a similar data plan needing no contract. I think some Android tablets would compete much better if the pricing were changed.