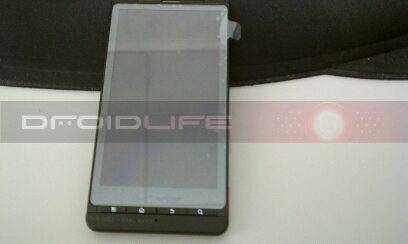 The Droid Xtreme will like be the successor to the original Droid. There’s been rumors around the web that says Verizon plans on releasing two Android based devices next month. Hopefully the two devices will be the Shadow and the Droid Xtreme or Droid 2. These pictures were leaked earlier today by our friends over at Droid-Life.

This phone bears a striking resemblance to the first Droid. It appears to be a lot thinner than its predecessor. Initial rumors is this is the Shadow and not the Droid 2, so far there hasn’t been any leaked pictures of the Droid 2 which leads me to believe that this is indeed the second incarnation of the Droid. 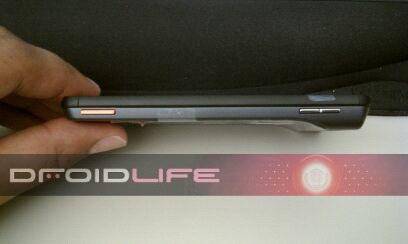 Yesterday the Shadow was said that is in not running Android 2.2 instead it has a new version of MotoBlur called NinjaBlur. The tipster confirmed that this device is loaded with android 2.2 that is more evidence that this isn’t the shadow, it’s the Droid 2. The case has a metal feel to it and the gold camera button from the original droid makes an appearance along side Cliq like volume rockers. It has a 4.1-inch capacitive touch screen, 8GB of internal memory, 700MHz OMAP3630 processor and an HDMI jack. It is possible that this one device is the Shadow, Droid 2 and Xtreme just with different codenames as it reaches different stages in development. What do you guys think?