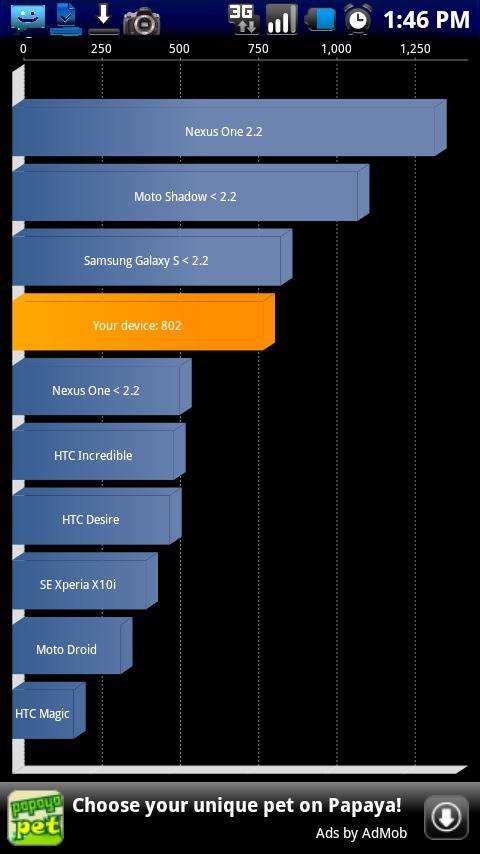 For now let’s just take this a few grains of salt. The latest benchmark of the upcoming Motorola Shadow suggests that if it had Android 2.2 it would be twice as fast as the Nexus One. Is this possible? I would say no but anything could happen. The most shocking part of this story is the Shadow in the test is not running Android 2.2 but a new version of MotoBlur called NinjaBlur.

bill23: “My Droid 1 scores 834 with stock froyo.on the quadrant app.my shadow scored better than some of the other scores i have seen..very impressive …”
sjavvaji: “lol “my shadow”…plz tell us if it is on froyo…if its not matching nexus on 2.2 is amazing…if it is its still friggin’ amazing…this wait is killing me”
bill23: “Its not on froyo”

If this is true it presents a double edge sword. First, it’s really amazing that a device could be this fast without the aid of Froyo. Second, why would Motorola introduce a new version of Android that will surely take forever to be updated to the latest version? I guess only time will tell if this is true or not, I think the Shadow in the test is running Froyo but I have been wrong before. 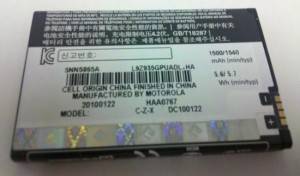 Almost forgot, the battery for the Shadow has been leaked supposedly. It’s a 1500mAH and given the fact that the Shadow will have a 45nm processor onboard the Shadow, it should have very good battery performance as well.