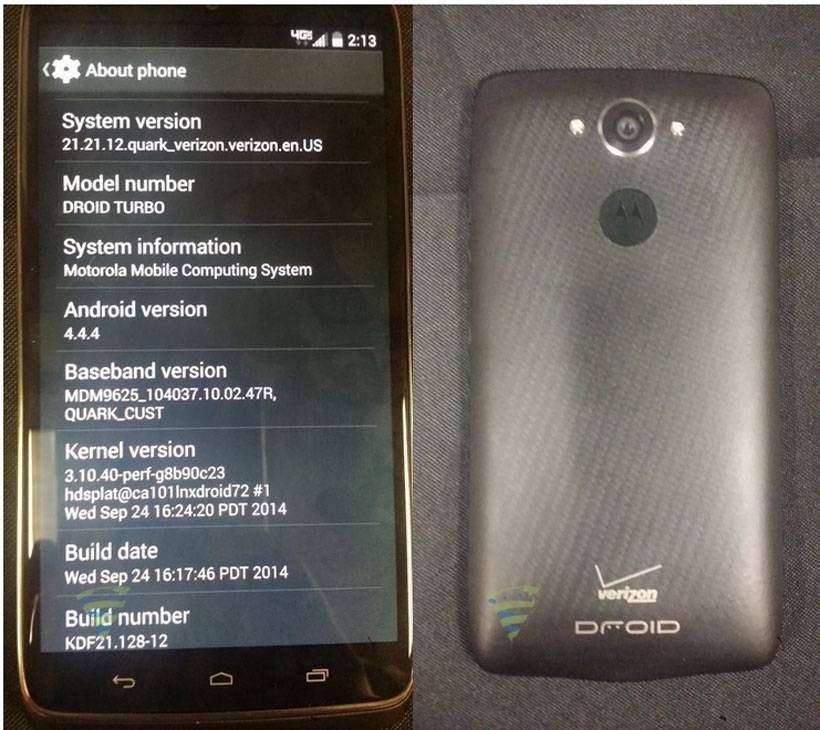 Not too long ago some images of the coming Motorola Droid Turbo turned up showing what the device will look like. Those images were renderings rather than shots of a real phone in the flesh. This week some leaked photos of an actual device have turned up on the web.

The photos show a rounded device with what looks to be a faux carbon fiber back in a satin black color. When the rendered images turned up, the specs for the device also leaked. We know it will have a 5.2-inch screen. 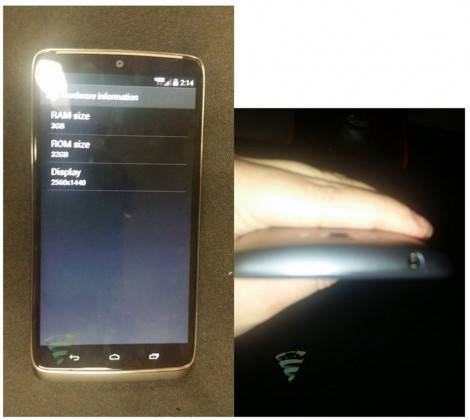 The resolution of that big screen will be 2560 x 1440 and the smartphone will pack 3GB of RAM. Those specifications are confirmed in the leaked images. Under the hood will live a Snapdragon 805 processor.

Power will come from a 3900 mAh internal battery and the camera on the rear will be a 21MP unit. The leaked images also show that the device will run Android 4.4.4 and will be coming to Verizon. The official announcement is slated for October 28.