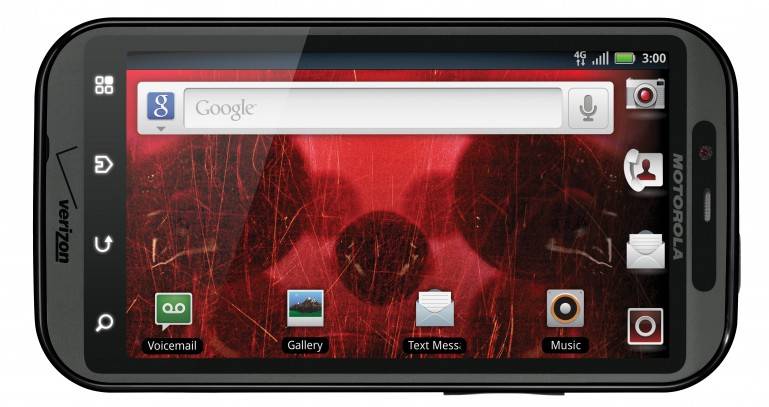 We were just hanging out like hooligans at a Verizon store today when we decided to inquire about a particular phone on the horizon: the Motorola Droid Bionic. This is a phone with 512MB of RAM, a dual-core processor [UPDATE: NVIDIA Tegra 2!], and wouldn’t you know it – 4G LTE speed. As it turns out, the folks at Verizon were more than willing to hand us over a bit of info on this phone, most of it we already knew, but let slip a rather important point of interest: the release date.

While they didn’t get TOO specific as they weren’t 100% sure, they did, these Verizon people, tell us that the phone would be released somewhere around mid-April. This is a phone that’s got a front and rear-facing camera, the read totaling up to 8 megapixels of fury, with a 4.3-inch qHD touchscreen display up front. And it’s connected to the network’s 4G LTE network, the one we’re all freaking out over with the ThunderBolt. Will this phone leave the ThunderBolt obsolete instantly?

Perhaps. But there are those who still prefer HTC over Motorola. Why? Heck, I don’t know. The fact that it’s got the built-in ability to silence calls by flipping on its face is enough to keep this dude on HTC. But who knows? I and we do LOVE the XOOM tablet, and the ATRIX 4G has that lovely webtop app that we know the Droid Bionic will also be getting, so perhaps there’s hope after all? Let’s look at the press pics together and think about our decisions we’ve made in life: