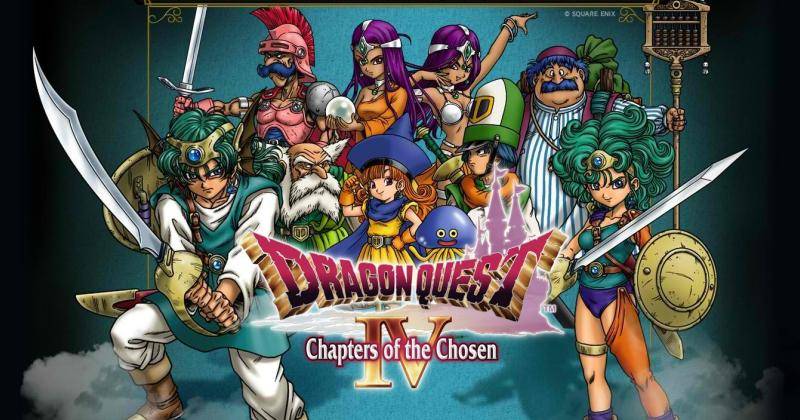 Another classic JRPG title is hitting Android to entertain old and new generations of gamers. However, as Dragon Quest IV is yet another Square Enix distributed game, more veteran Android gamers will know what to expect when it comes to the price tag. Given this game’s pedigree and features, it might be a price well worth paying.

DQ IV is actually a game composed of many games, or rather many chapters. It details the adventures of five main characters in five different chapters: Ragnar the noble knight, Alena the tomboyish princess, Torneko the weapon merchant, mystical sisters Meena and Maya, and finally, you, the chosen one, band together with other chosen ones to, of course, save the world. There is also a bonus extra chapter that can be unlocked after finishing all five. DQ IV boasts of many unique features that you are wont to find in golden age JRPGs, like Party Talk, unique to this mobile version, which lets players talk to any of their in-game friends at any time, or AI battles, which lets players instruct party members to act automatically.

This game might not have the more modern 3D game assets of Dragon Quest VIII, which was released on Android last May, but it still bears the mobile-friendly modifications that Square Enix introduced in that game as well. In other words, you won’t be playing this game in landscape orientation but in regular phone side up. Controls and menus have also been retrofitted to make it more touch-friendly, including the large eight-directional virtual circle that debuted in DQ VIII.

Now for the slightly bitter pill to swallow. Dragon Quest IV: Chapters of the Chosen costs $14.99. Of course, that’s without any in-app purchase, as the concept of billing you beyond the purchase of the game wasn’t conceived yet back then. Square Enix notes that the game is compatible with Android devices running 4.0 Ice Cream Sandwich or higher, but warns those on Android 4.4 that the ART runtime might cause some headaches.