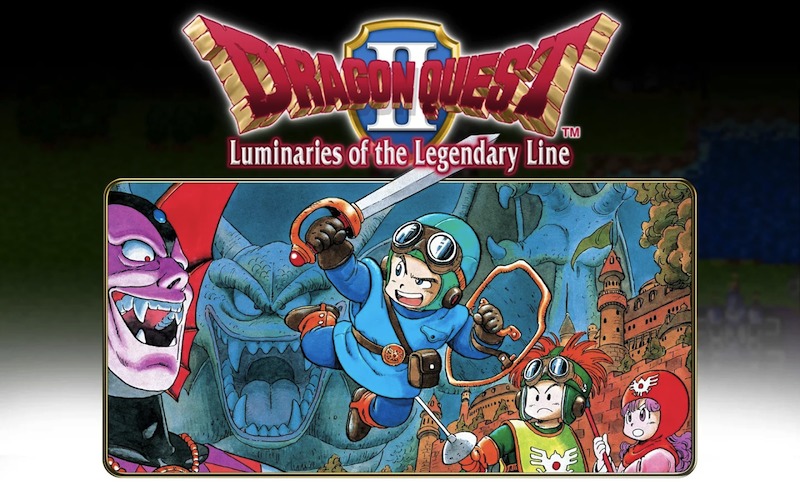 The original Dragon Quest series was transported to Android only last month and now the second installment is ready. Square Enix is wasting no time to make gamers happy and make money by rolling out the Dragon Quest II on the Google Play Store.

The Japanese RPG is giving Android gamers a bit of nostalgia. It’s an old game that has been around since 1986 so playing it on a smartphone or a tablet is exciting. As with the other Dragon Quest games, you will have to explore the lands and dungeons, use every weapon, and cast a spell in this fantasy world to be able to finish a game.

Restore peace to the world—that’s the objective of the game. The adventure is set a century after the events of Dragon Quest. Three new lands have been built by the descendants of the Alefgard hero. However, the fallen High Priest Hargon has summoned demons to wreak havoc in the lands. The young prince of Midenhall has been tasked to go on a dangerous journey to search for the other two heirs. Together they will fight Hargon and bring back peace to their lands.

If you’re familiar with the Erdrick Trilogy, you’ll easily understand the Dragon Quest II game. It will be a journey so unforgettable you will want to play the game over and over again especially if you played the game when you were younger. Gamers of this generation will have to look at this game as a fun challenge where they are free to wander the wilds and have an open-world adventure.

I like the idea of bringing old school games to touch devices but I think $4.99 is too much for this paid app. But then again, there are hardcore gamers who are willing to spend a few dollars on an old game playable on a modern device. The ‘DRAGON QUEST II: Luminaries of the Legendary Line’ is cheaper than the previous Quest games released for Android. ‘Dragon Quest IV ‘ is $14.99 while the ‘Dragon Quest VIII is $19.99’. Meanwhile, the original Dragon Quest 1 is available at $2.99.