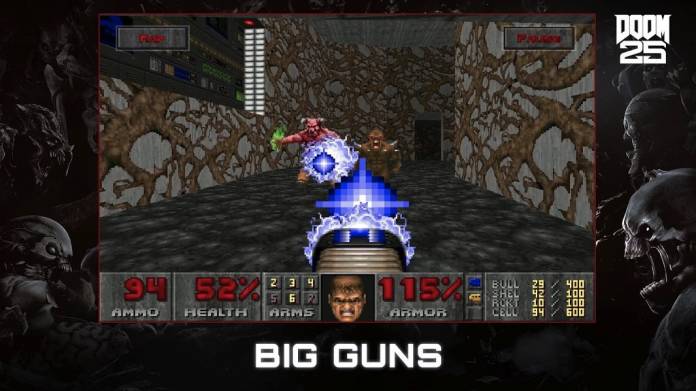 It’s been a long time since we mentioned anything about DOOM. Yes, that iconic game from Bethesda that many of you have played in your younger years. The Millenials may not be familiar with it but you can introduce the game to them by sharing that Doom and Doom II are now available on the Google Play Store. These classic games are probably the first-ever first-person shooters you’ve enjoyed in the past. The team behind DOOM has announced that the original games are ready on both iOS and Android.

The good news was shared at QuakeCon 2019 where the company also made public that DOOM titles will be coming to the Playstation 4, Xbox One, and the Nintendo Switch. These are premium games but still affordable.

For the young people, in you case you have no idea about DOOM, the original game rolled out in 1993. Back then, it was made for personal computers that became one of the first in first-person shooting adventures. DOOM 2 was released the following year because of its popularity. DOOM 3 then followed in 2004. That’s more than 15 years now so we can say they’re the classics (and we feel fold).

Bethesda released another one in 2016 but it’s only now the original DOOM games are coming to mobile. DOOM 3 can already be played on NVIDIA’s SHIELD Android TV. The old games can still be played on your laptops and PCs but it’s more fun if you can play them on your phone. Perhaps it’s time you introduce DOOM to your kids.

Each game costs only $4.99. You can play both on Android and iOS devices whether on a smartphone or tablet. Note that the Android version of DOOM already includes the ‘Thy Flesh Consumed’ expansion. Meanwhile, DOOM 2 adds 20 Master Levels, four-player co-op, and four-player multiplayer support.

A new DOOM game from Bethesda will also be released. Expect DOOM Eternal to be out by November 22. We’ll keep you posted.