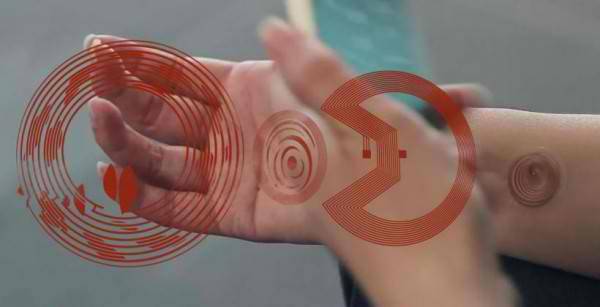 While the recently launched Digital Tattoos were really cool (and we’d like to have one, really), if you don’t have a Motorola Moto X, then it’s practically useless. But the makers of the semi-permanent tattoo, VivaLnk, have said that they are now looking into other ways that it can be used, other than just to unlock smartphones. They are set to release a new set of digital tattoos that can be reprogrammed for other functions.

The Moto X digital tattoos work by using NFC sticker technology to be able to unlock your smartphone without using a password. Using the eSkinTM technology, all you need to do is stick the tattoo wherever you want (even your cheek or forehead if you want to be weird) and then tap your Moto X on to the tattoo to unlock it. For the future non-Moto X tattoos, they will be using the same NFC tag technology and it will surely be helpful, as long as you have the necessary equipment and technology for the devices that will work with the tattoos.

For example, you could embed your contact details onto the tattoo, turning it into a digital business card that anyone who taps into it can access. It can also be used for retail shops, where you just tap the tattoo on to certain surfaces in the shop, and it will play music or videos automatically. It may also someday replace the useful but aesthetically unpleasant QR code. Tattoos are much cooler than squiggly black lines and swirls, don’t you think?

But for now, of course you can only use the digital tattoos if you have a Moto X. They are sold at $9.99 per packs of 10. Each tattoo can last up to 5 days and is water-proof, so no need to hold off on taking a bath just to be able to unlock your phone in such a cool manner.