Most people who keep a lot of digital notes on their mobile devices and desktops were pretty satisfied with Evernote for a long time. It had almost everything users needed: multi-platform support, syncing across devices, useful organizational features, plus a lot of other treats you didn’t know you needed until they introduced it. But last week, they surprised everyone by announcing that they were limiting some of the features of the free version. You could only now access the app on two devices, unlike before where you could sync it wherever you wanted. They have also increased the prices for their paid versions, with Evernote Plus now at $3.99/month and Evernote Premium at $7.99/ month.

So now, of course, people are looking to find new apps that will bring the same, or at least the closest to, convenience and productivity that Evernote has brought to our digital lives ever since we started getting used to it. While you may still experience some adjustments and even “withdrawals” compared to your already established note-taking, web clipping, note organization routine, you probably need some alternatives in case you don’t want to pay up to have access to all the things you’re used to doing on Evernote. So here are some of the other apps that you may want to consider.

This app from Microsoft has actually been the closest contender to the digital note-taking throne and some people actually prefer using OneNote over Evernote. You can organize your notes into notebooks and tabs and it also offers you various templates for different kinds of notes. It can also clip content from the Web, which is one of the things that we’re looking for as well. For tablet and touchscreen laptop users, OneNote also has a drawing feature which should be pretty useful for those who love sketching rather than just simple note-taking.

You can also attach pictures (both from your camera roll and online as well), voice recordings, PDFs, screenshots to your notes. You can also collaborate with other users. And if you’re a heavy Microsoft Office user, then this should be a must have for you as it can work together with such apps as Word and Excel. It is available across all platforms (Windows, iOS, Android, web) and you can sync it with as many devices as you can. This is something they’ve been hyping on ever since the news about Evernote came about. It also offers migration of all your notes from Evernote, so if you’ve organized your whole life there, then this may probably be the new note-taking app for you.

Oh and the best thing about OneNote? Of course, it’s free. You can download OneNote for Android here. 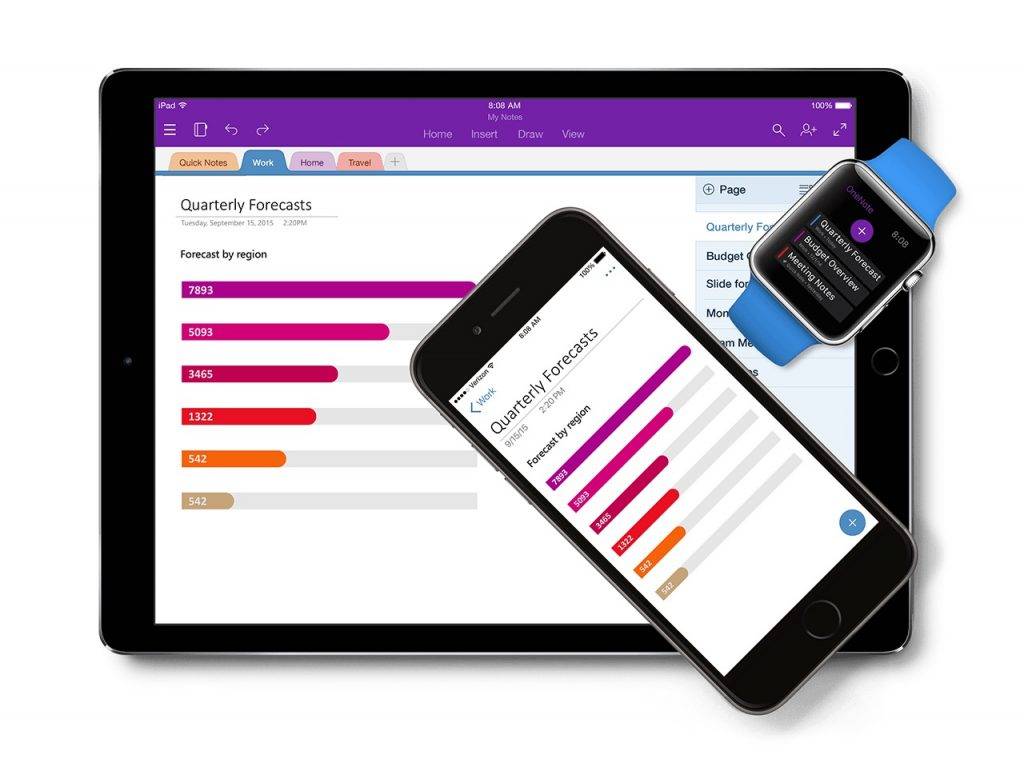 If what you’re after in a note-taking app is easy access and a quick and simple way to jot down sudden thoughts or items that you’d like to remember later on, Google Keep is one of those that you should probably use. It doesn’t have the note organization skills that Evernote and OneNote have, but you can also easily search through your notes through tags and content. Plus they are also now automatically categorizing your notes into topics like food, travel, etc. It may not have as many features as the other two, but if you’re looking for something more minimalist, then this might be your new default app.

You can also insert images, add voice notes, make lists by adding checkboxes, collaborate with other users, or just write simple notes. You can even color code your notes according to your own color filing system. It actually looks like one board with all your stick notes posted onto it. You can also sync it across multiple devices and platforms, although it does not have a desktop app. It does have a Chrome extension which gives you a pop-up panel for the app. Keep for Android also has a widget so you can actually see your notes on your home screen without having to open the app. 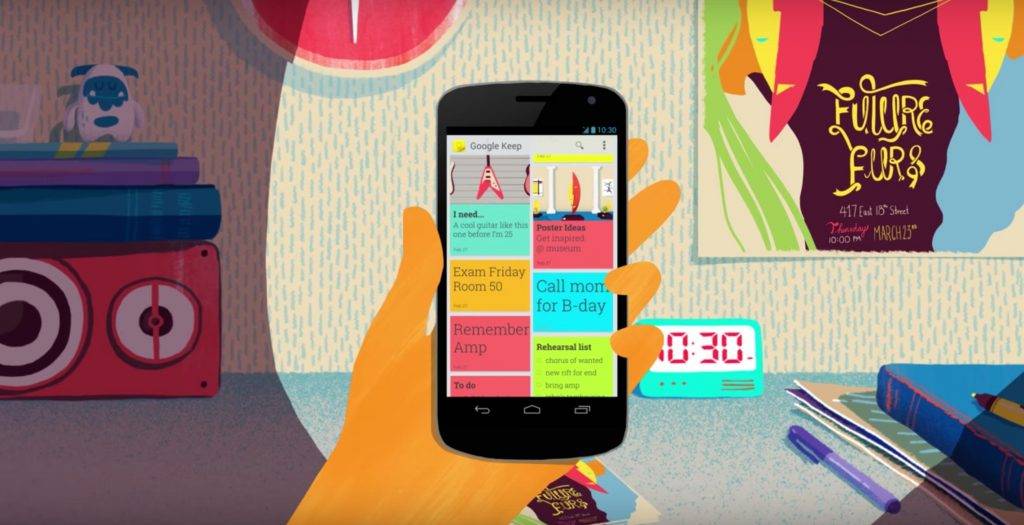 From the product name itself, you probably know what to expect from SimpleNote. It’s a no-frills and truly minimalist note-taking app which is actually from the same company that is behind blogging platform WordPress. The simple interface lets you focus on just writing so if that is your main purpose for now, you don’t need all the bells and whistles that the other apps are offering. In terms of organization, it doesn’t offer much except that you have tags, there is a search function, and all your notes are in a list on the left side. You won’t be able to insert media or web clips or anything really, but you will be able to go back to earlier versions of your note, in case you don’t like the changes you’ve made.

You will also be able to directly publish a note that you’ve made on the web at a persistent URL which you can share with whomever needs to view your note. It also syncs across devices and is truly multi-platform as it even has support for Kindle Fire and Linux as well.

And yes, it is also completely free. You can download SimpleNote for Android here.

While not necessarily a note-taking app per se, Google Docs can still do that job for you, particularly since it has several stand-alone apps for Docs, Sheets, Slides across platforms as well. And if you’re using Google Drive for your cloud sharing needs, then all your notes will be there as well and this should be an easy transition for you. The collaboration features are also highly advanced, so if you often need to have the input of your team for your notes and documents, might as well just keep using the apps and add it to your productivity workflow.

It is also free and has multi-platform and multi-device syncing. You can download Google Docs, Google Sheets, Google Slides, and Google Drive from the Google Play Store, just in case you don’t have it yet.

It is also not a pure note-taking app, but it focuses more on collaboration on live documents, including task lists, documents, spreadsheets, and even chat conversations. Its aim is to reduce that never-ending email trail and instead put all notes, conversations, edits, brainstorming, etc in just one document per project and then have access to it wherever you are. You can also import documents from Dropbox, Evernote, Google Drive, Box, Google Docs and others. You can then export the documents to PDF and Word and the spreadsheets to Excel.

The app syncs across phones, tablets, and desktops. It is also free. It has also taken advantage of the disappointment with Evernote and is pushing an import tool so you can transfer your notes into their app. If you don’t have Quip yet, you can download it here. 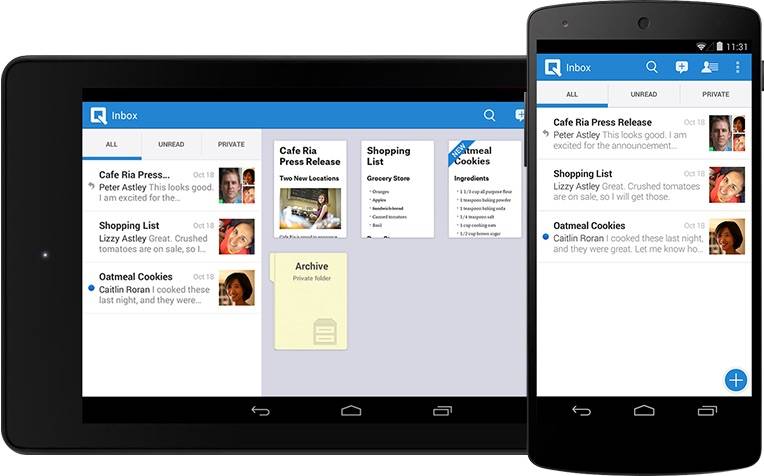