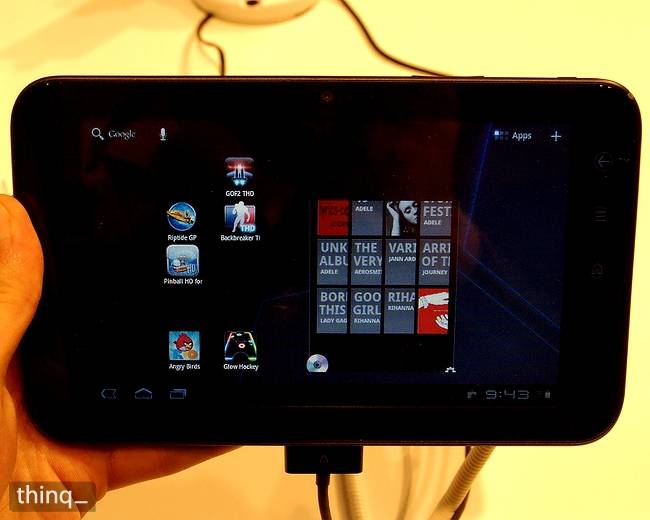 Well folks, we haven’t heard much from Dell lately in regards to their lineup of Android, especially regarding the Streak 7 Android Tablet. Back in July we saw leaks of their new 10″ Honeycomb tablet as well as a glimpse of the Streak 7 enjoying the same tasty Honeycomb. Now sources are stating the Android 3.2 Honeycomb update for the Streak is rolling out now.

Some users are claiming to finally be receiving the update to 3.2 Honeycomb for the Dell Streak 7″ Tablet. Over at the Dell support forums there is some chatter that more than a few have already received the OTA update and are giving it a try as we speak. One mentions all user data was wiped during the update and he lost everything, while another user reports just the opposite and that the update did not wipe the entire device. Either way I’m sure a few Streak users are excited to give the tablet OS a try.

With reports that the hardware menu button isn’t working in select situations, and of course that low resolution not looking its best, I’m sure we’ll be hearing more soon but at least this is a good sign. For now it seems users across the pond and outside of the U.S received the update and we still have no further details for the U.S. market or those running with a T-Mobile Streak 7.

As soon as we hear more regarding an official statement from Dell, or confirmation on the OTA update we will be sure to update with more details.