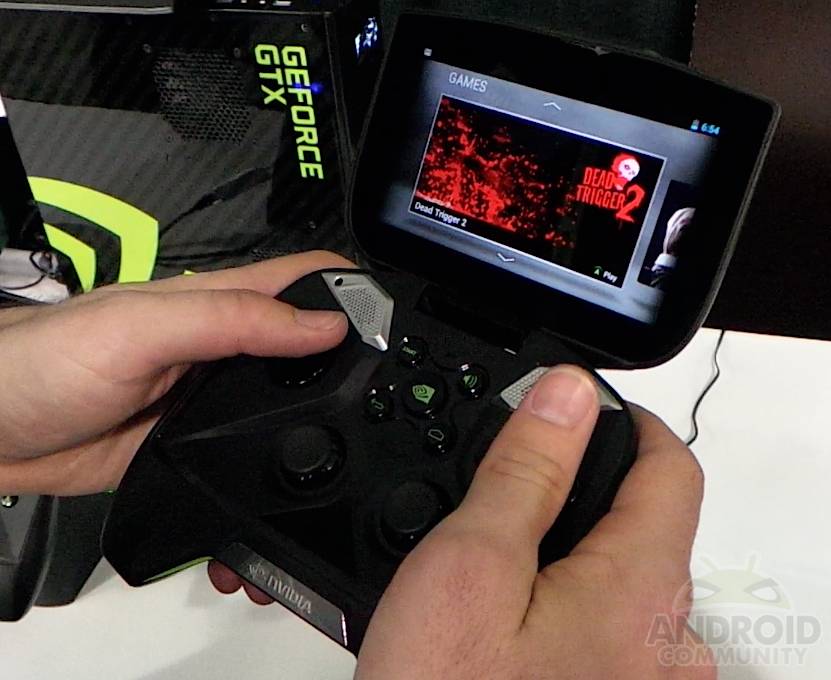 Here at the annual GTC GPU Technology Conference the folks from NVIDIA are showing off tons of awesome Tegra 4 supported games running on their new Project SHIELD game console. While we got a quick glance on the big screen during CES this year, today we were able to get our own hands-on and see Dead Trigger 2 in action on SHIELD. For fans of the original, and everyone for that matter, take a peek at the quick video below.

Dead Trigger launched for Android last year from the developers at MadFinger Games, and brought first-person-zombie shooters to a whole new level for mobile. We’re expecting Dead Trigger 2 with the power of NVIDIA’s quad-core Tegra 4 to do the exact same thing again here in 2013. Obviously the graphics will be amazing, but playing this shooter on SHIELD will make the experience even better.

Dead Trigger 2 is still about shooting zombies, but as you can see in our hands-on with the demo below you’ll be facing some massively large zombies. Not your average walking dead right here! This zombie is tossing cars from the street your way as you fight to a turret to fill the zombie with some bullets and eventually take him down. Having dedicated controls should really come in handy.

ShadowGun and Dead Trigger are two of the better games to showcase mobile gaming and graphics for Android, which you can clearly see above in our quick video. Then those same developers will probably be among one of the first to release a Tegra 4 game – that being Dead Trigger 2.

We were prying for additional details regarding a possible release date, but left with no such info. Previous reports has it slated for Q2, so sometime soon. We have a feeling a ShadowGun 2 might be in the works too, but we won’t know until MadFinger or NVIDIA makes it official. Who’s excited for SHIELD and Dead Trigger 2?