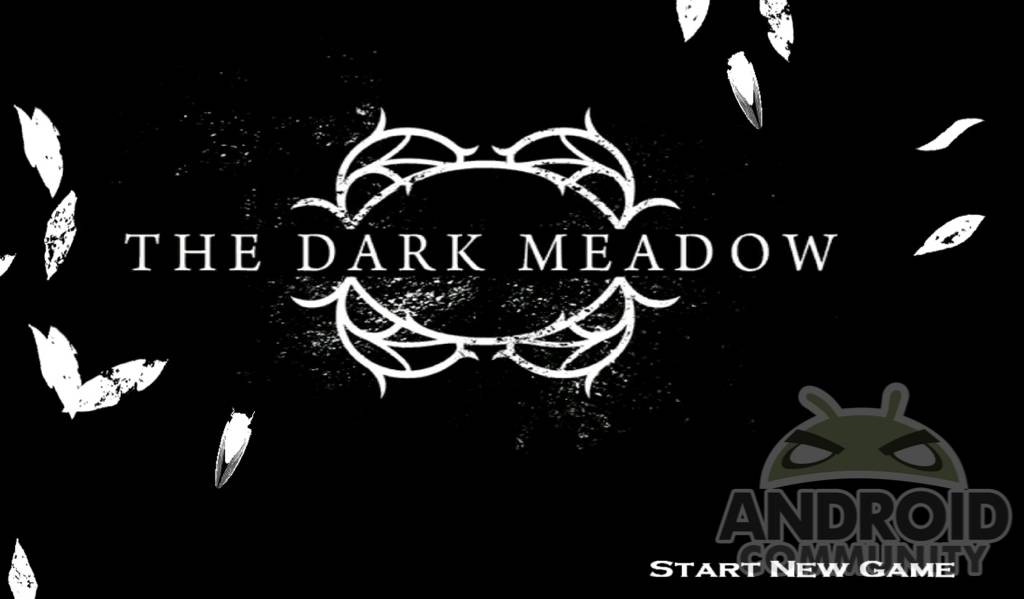 Who’s ready for some horror? If you’ve been waiting for a top-notch quality game for Android to be released that isn’t flinging cute birds into things, we have exactly what you might be looking for. It’s called Dark Meadow: The Pact and this Tegra 3 optimized game is full of scary moments, horror, and topped with extremely impressive graphics you won’t wanna miss. Oh and this game is free too so check out our hands-on below.

Developed by Phosphor Games Studio based in Chicago, on top of the Unreal Engine 3, and optimized for NVIDIA’s Tegra 3 this game truly comes to life. Available on iOS and Android starting today for free we’ve given it a hands-on look and have plenty of scary screenshots below. The THD Tegra 3 optimized version has all those extra effects, textures, and shadowing that takes advantage of the 4-PLUS-1 cores in the T3 and offers an unrivaled console-quality gaming experience that the iOS version can’t match. 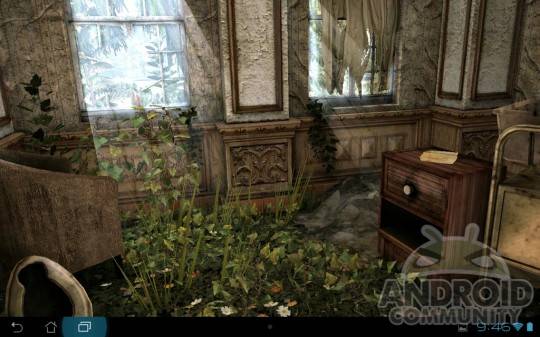 The game is actually quite stunning for a mobile device like our favorite, the Transformer Prime or the HTC One X. To explain things Dark Meadow is a first-person, horror/action/adventure game where players fight to escape a dark fairytale world filled with fantastical creatures bent on destroying them. You never know when a giant creature is going to jump out and ruin your day, or what lays ahead down the dark gloomy spiderweb-filled halls.

This is a first person game with almost a Silent Hill or PC’s F.E.A.R type gameplay and environments. You must collect coins or gather gems to increase shields, buy stronger and larger swords, and get powerful crossbows to handle any enemy the darkness presents. Phosphor Games has added power-ups, level-ups, and you can even purchase more coins if you’re not the type that wants to journey down every hallway and enter rooms in search of gold. They do have some in-game ads which I’m not a fan of, but those ads get you coins and gems for further upgrading your arsenal of weapons. Not to mention is a part of the free-to-play strategy. Having this level of graphics, being enhanced for Tegra devices, and being free-to-play makes this a must-see game.

I won’t say how long, but after a few casual minutes of gameplay I was greeted with a huge monster and I almost dropped my tablet, so play on with caution and be prepared to fight at all times. The screenshots really don’t do this game justice and you’ll have to try it for yourself. The power of the Tegra 3 allows the foliage and plants to come to life and sway in the wind, water leaks and drops from the ceilings, and scenes come alive unlike most games available for mobile. 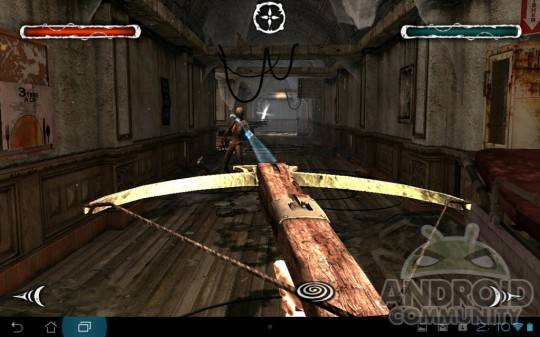 Gameplay is awesome and extremely immersive as you wait for the next moment to happen. The on-screen controls are smooth and fluid and nothing impairs the view on the screen, you just slide your finger to move. As mentioned above the graphics are stellar. The amount of textures and special effects floating around is impressive to say the least. Look at the screenshots of the flowers and wall textures below for an idea of what I mean. I’ve played about an hour so far and am loving it. I have a feeling this might be one of those mobile games with a truly epic ending (haha Mass Effect 3 fans). If you want a thrilling game for Android, this is it! After installation be prepared to wait about 15 minutes to download the additional content and unpack the game files, and expect Dark Meadows to take almost an entire GB of storage from your device. A WiFi connection is strongly recommended.

Without further ado I’ll let you check out the rest of the pictures and screenshots from the gallery below. Then head to the two links provided below to enjoy Dark Meadow: The Pact yourself. Currently only available on Tegra 3 Android devices the developers will release a standard version for the rest of Android in the coming weeks. As a reminder free-to-play means you can fully enjoy and complete the game for free, but they’ve added in game purchases should the user choose to take that route.