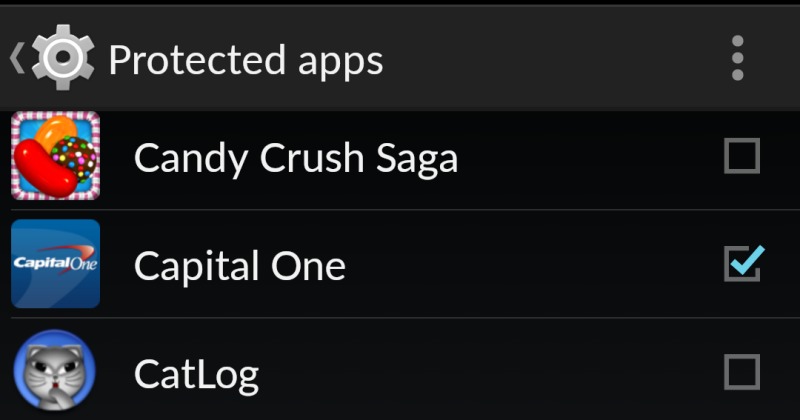 Users of one of if not the most popular Android custom ROM might have something to look forward to, either in their nightly builds or M releases. CyanogenMod‘s weekly report has revealed a couple of very interesting features, including a super hidden app utility, a dedicated search panel for the home screen, new floating notifications, and a reorganized settings app.

The biggest new feature that CyanogenMod has cooked up is Protected apps, which take the Hidden apps feature introduced last April to a whole new level. Instead of simply hiding apps, the new protection feature will require users to swipe a pattern to gain access to the app. But this feature doesn’t just work on the default Trebuchet homescreen launcher, it will actually be enabled anywhere you try to access the app. For example, protected apps cannot be uninstalled or cleared even from the Applications section of the Settings app. However, they will still appear in the list of recently used apps. As an added bonus, there is also a new protected folders feature that lets you group apps on the homescreen and protect them all with a separate pattern unlock code for the folder.

CyanogenMod has also laid the groundwork for new kind of homescreen replacement that will theoretically mimic the Google Experience Launcher or GEL. For those unfamiliar with it, GEL, also called Google Now Launcher, gives you access to Google Now when you swipe to the leftmost panel of the homescreen. CyanogenMod has added a similar “search panel” to Trebuchet. For now, that panel only launches Google Now but the dev team seems to have something in store, teasing the name “CMHome” along the way.

There is also a new type of notification called “Heads Up”. This notification is actually buried deep within Android itself but left unused. It basically shows your usual Android notification in a popup window in the middle of the screen, just like those types of dialog boxes on desktops computers. Heads Up notifications support the whole gamut of actions available to regular notifications, like reply, share, or expand. This might be useful for instances when fullscreen apps don’t immediately give you access to critical notifications but it is easy to imagine this being abused and quickly getting annoying. Fortunately, CM is throwing in a Do Not Disturb list of apps that lets you pick which apps will not allow heads up notifications. 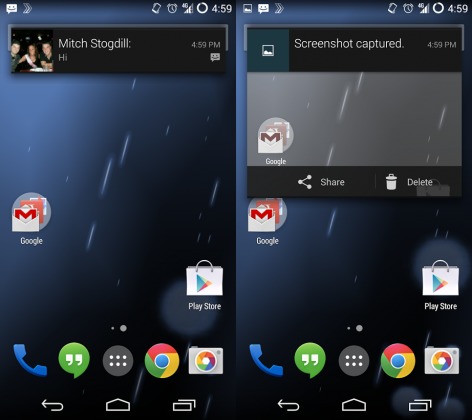 For those wondering when CyanogenMod 11 will start incorporating the newly released Android 4.4.4, the good news is that it’s all practically there. The OpenSSL-related fixes that prompted the surprise Android update have already been in CM11 since early this month, and “switching” to Android 4.4.4 will merely be a matter of changing the version number. In any case, many of these features will be available in the next M8 release or already there in nightly builds.