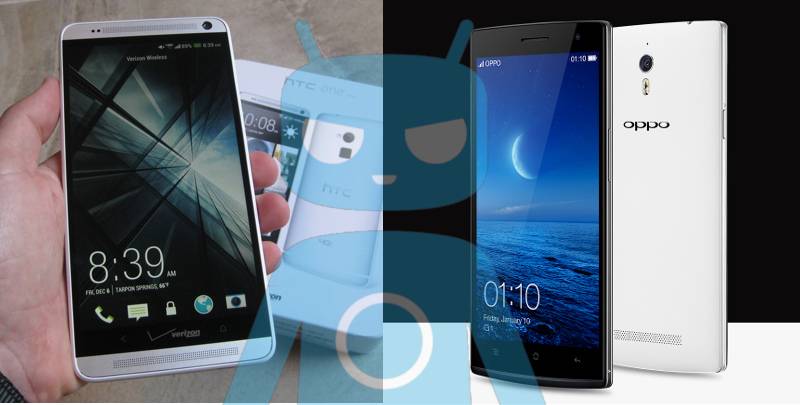 CyanogenMod has once again expanded its list of supported device with two new additions. Joining the ranks is last year’s HTC giant, the One Max, as well as this year’s first QHD star, the OPPO Find 7.

It seems a bit late for the HTC One Max to join the party, but better late than never, as the cliche goes. Perhaps even stranger is the fact that the device isn’t getting a unified build that CyanogenMod has started pushing for since February. As such, there are various builds available, such as t6 for T-Mobile, AT&T, and unlocked variants and t6vzw for Verizon.

The OPPO Find 7 might also seem like a latecomer, but in this case it is understandable. This high-end device only started retail availability last month. The slightly lower spec Find 7a, on the other hand, has been out since April and, as of June, has been inducted into CyanogenMod’s membership. Both the Find 7a and the Find 7 (or Find 7s in some places) are supported by the same find7 build.

The builds for t6 and find7 families will kick off July 1. For now, only nightly builds are available, which do not necessarily mean there will be M, much less stable, releases for these devices. It all depends on the maintainers for those particular smartphone. But for those ready to make the jump, the builds are now up on CyanogenMod’s download page.