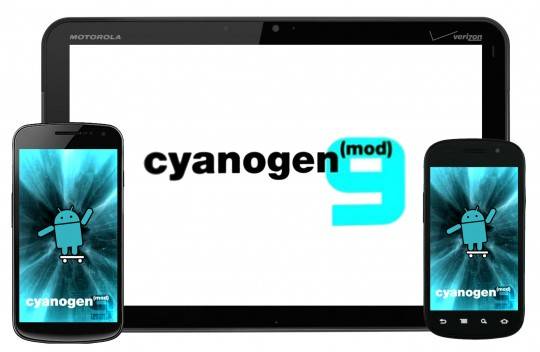 You’ve probably been enjoying CyanogenMod 9 on your phone or tablet for more than a few months already, but they’ve only been nightly “experimental” builds — although seem plenty stable to me. Today however the team from leader @Cyanogen has confirmed they’ve stopped all changes in what they call a “code freeze” and are preparing the first wave of official release candidate builds of the most popular ROM for Android.

Their main and only rule is never ask for ETA’s, but today they’ve been kind enough to give us all the update so we don’t have to wonder or break the first rule of CyanogenMod. The move to Android 4.0 Ice Cream Sandwich was a large one, especially when you support as many devices as the CM crew does. This code freeze basically means they’ll temporarily no longer be accepting new code or features and will tighten up and squash any outstanding bugs. Leading to a stable RC build for most devices for those that don’t dare dip in the nightly crackflashing.

“The initial release will cover a subset of devices (still to be fully determined). We’ve put many new internal processes into place which should guarantee quicker updates to the CM Core, and also make it easier for new devices be added.”

For now they’ll only be accepting bug fixes and additional device support while they iron out any outstanding issues and start rolling on these official releases. If you’ve been patiently waiting for the real thing (and not a kang) the wait is almost over. They don’t mention specifically what devices will get RC1 this go around, but most likely it will be a rather large list. Stay tuned for additional details and they start pushing out builds for the various devices they support.