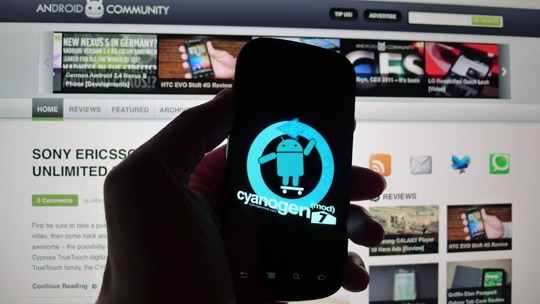 Take a peek here at CyanogenMod 7 as it is right this moment, by the numbers, straight off the press on a Quadrant benchmark. A total of 1717 on a brand new Nexus S, and that’s without ext4 implemented, without being overclocked. Sound sweet to you?

If you’re interested in doing this to your own device, head over to the CyanogenMod 7 Releasing Nightly Builds NOW post to grab yourself the update, then get “Quadrant Standard Edition” in the Android Marketplace. Of course, your device might not necessarily work with this 7 version of CyanogenMod yet, but there’s a link or two there to get you set up with an older version of CyanogenMod too, if you like. Get aboard the train!