It’s been a while since someone had the guts and the cojones to take on Google at its own game, but most forward-looking people in the industry agree that it’s right about time someone did. Enter the loud and confident Kirt McMaster, CEO of Cyanogen, Inc., last year’s enfant terrible of the mobile tech industry. His most recent fundraising round generated around USD$80 million, even famously without Microsoft’s support, and everything seems to be “green-and-go” for Cyanogen OS.

McMaster’s current self-stated mission in life is to take Google’s Android OS and turn it into a real open source system – one that didn’t have to rely on Google’s core apps to function correctly. “We’re putting a bullet through Google’s head,” he declares confidently. The idea is to make Cyanogen OS a third alternative – and a very appealing one at that – to get the focus away from Apple’s iOS and Google’s Android, the two leading platforms in mobile devices to date. 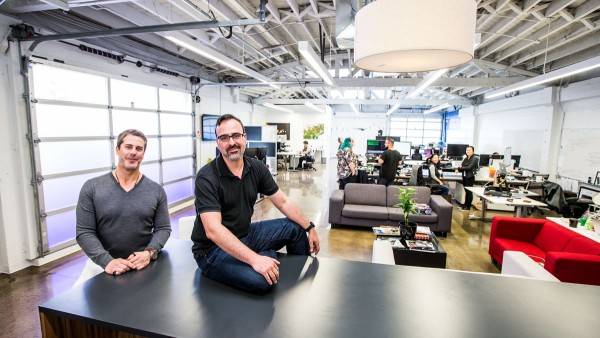 The only way to do that, McMaster says, is to hijack Android, clean it up (meaning, take the core Google apps away), and replace it with something that is much more customizable. A credit company like Visa or PayPal could make a payment system better than Google Wallet or Apple Pay. Imagine if Skype was built into the phone dialer and Spotify became the default music player on a phone. “In a perfect world the OS should know I use Spotify for music,” McMaster says. “I should be able to talk to the phone and say ‘Play that song’ and the song plays with Spotify. It doesn’t do that today.”

Cyanogen started out by tweaking Android and making it work better, more efficiently – the result was CyanogenMod. It stands to reason that the only way forward for McMaster and Cyanogen is to take Android and mold it into something better. All the ones that have tried and failed – BlackBerry, Samsung, Mozilla, Nokia, Intel, Palm – serve as examples of what Cyanogen should not become.

And so this USD$80 million funding round will push Cyanogen into that direction. Even without Microsoft’s support, McMaster was still able to convince companies like Twitter, mobile chip powerhouse Qualcomm, carrier Telefónica and media titan Rupert Murdoch, to ride on his dream of taking down Goliath… errr, Google. Already, a company (who refused to be named) is pledging that their device will come out this year with a clean Cyanogen OS as the platform. So where will this take Cyanogen? Hopefully to great heights. A great 3rd option is always needed for more innovation.