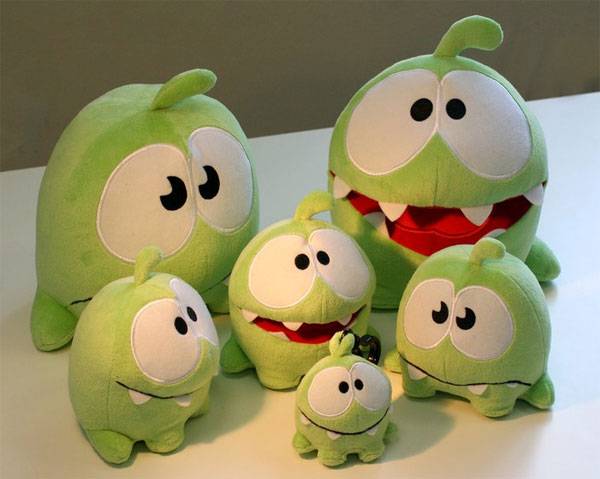 When it comes to game apps there are a bunch of them installed on my phone and tablet but I only ever play two of them – Angry Birds and Cut the Rope. My kids like Cut the Rope better and I always know when my daughter has the tablet because I hear her say, “AHHHHH! Eat it stupid monster!” everytime she misses. Om Nom, the green candy fiend from the game is going plush in September.

The plush toys are going to be offered in different sizes and styles at an undisclosed price. Angry Birds went down the same merchandising path when it decided to cash in on the popularity of the game. Om Nom is also heading to another medium with a big announcement at Comic-Con. The developer of the game, ZeptoLab, has signed with Ape Entertainment to develop a comic series based on the character.

The comics will be of the digital sort and will be based on the game. It will allow fans to explore the untold back story of Om Nom. Perhaps we will find how he came to be crammed in that box and how his teeth stay white and healthy with all the candy he eats. The comics will hit the iPhone in late August and hopefully the comics will come to other platforms thereafter.