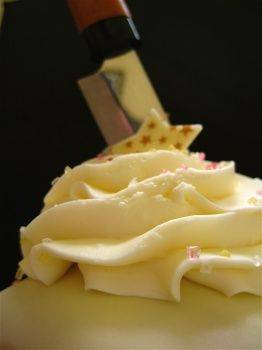 Everyone’s looking forward to Cupcake, right?  Not so fast, says Big in Japan – the team behind the popular ShopSavvy application – Android 1.5 presents more than a few problems for developers.  According to Alexander Muse, applications currently running on Android won’t necessarily be compatible with Cupcake 1.5; that means a mad rush to download the new firmware and rebuild their software.

Compounding the problem is the fact that the Android Market won’t allow more than one version of an app, which means developers aren’t able to simply create a new, 1.5-friendly update and leave the existing version in place for those without Cupcake.  Instead, Big in Japan face creating a new build that’s also backward compatible with earlier versions of Android, something they conservatively estimate should normally take around two to three weeks of development.

However according to some reports, Cupcake will be pushed as an over-the-air to Android device owners in just two days, and it’s already live in Spain.  That means three weeks of development needs to be squashed into two days, never-mind any time for testing:

“The good news is that we will release our new version whenever Cupcake is pushed OTA to users.  The bad news it will be untested.  It will have bugs, bugs that we will fix.  Please bear with us and realize that we don’t have much choice in the matter” Alexander Muse, Big in Japan

As Alexander notes, the Big in Japan team are likely more prepared for the coding challenge ahead than many others, particularly those part-time developers who have been cooking up Android apps in their spare time.  The public perception of Android as a platform depends in no small part on the success and stability of its third-party software; have Google shot themselves in the foot by allowing carriers to rush out Cupcake 1.5?