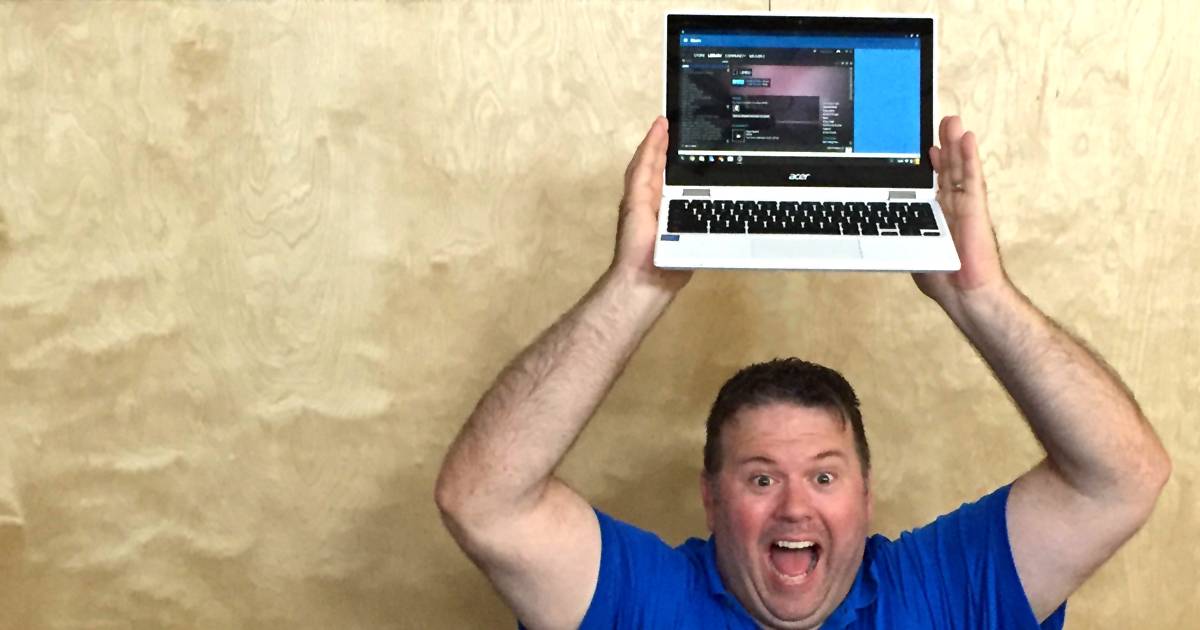 So recently, Google launched Android for Intel-powered Chromebooks. Android on laptop and desktop systems are nothing new these days, even on x86 architecture, thanks to advancements in this niche by companies like Jide Technology and the Android x86 project. That piece of history seems to be what an outfit called CodeWeavers needed to be able to run their app called “CrossOver”, which specifically targets to run Windows-based programs on an Android environment.

Yep, you read that right, and this is not the first time we’re covering the CrossOver app for Android. That said, they’ve been pretty quiet for almost a year until today. Today, they feel like they’ve made a breakthrough – they’ve actually ran a Steam client via the CrossOver app on an Intel-powered Chromebook running Android. That’s a lot to take, we know, but let’s clap our hands for these people – they ran a Windows-based program on Android. FOR THE FIRST TIME. Not only that, they ran a game called “Limbo” – a puzzle game which needed DirectX 9 support – on an Android platform. Way to go!

CrossOver runs on WINE emulator technology. You might be familiar with that if you’ve used WINE before to run a Windows program on Linux or Mac OS. CrossOver basically does the emulating, and it will be able to run SOME Windows programs on specific Android platforms, such as an Intel-powered Chromebook running Android.

CodeWeavers, the masterminds behind CrossOver, will still need to clean up the app a bit. Hopefully, they will come out with a definitive list of which programs and games can be run on CrossOver. Exciting times indeed.