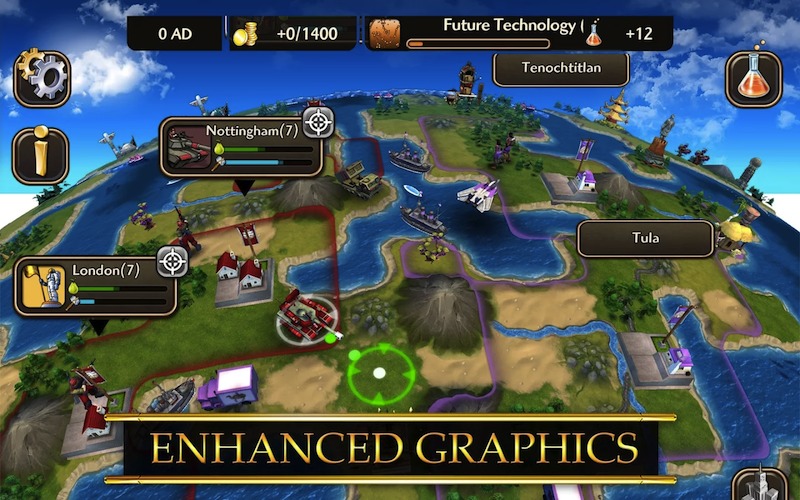 This strategy game challenges players to build an empire that will last. This version features a new 3D presentation for enhanced visuals and gameplay. With new units, leaders, and civilization, this game will make you wonder how you can be a great ruler of a world where everyone is fighting hard for independence. Be prepared to fight a Revolutionary War. The Declaration of Independence may have just been signed but the fight for freedom isn’t over yet.

Key features of Civilization Revolution 2 include Korea as a new civilization and new leaders like King Sejong King of Joseon and Lenin the Russian communist. You can also strengthen your military with new combat units like Special Forces, Ket Fighters, and Aircraft Carriers.

To show the world who is supreme, take note of the new technologies being used: information technology, modern medicine, and Lasers. Because one of the goals is to expand civilization, discover the new buildings and wonders like Silicon Valley, The Red Cross, and the Nuclear Power Plant. And because this is one historical game, you’ll see reenactments of battles and historic events while in the Scenario Mode.

We can say this is one education game kids might learn to be interested in history. That is, if the $14.99 price of the app is not too much for you. And don’t worry, no future in-app purchases will be offered once you buy game.