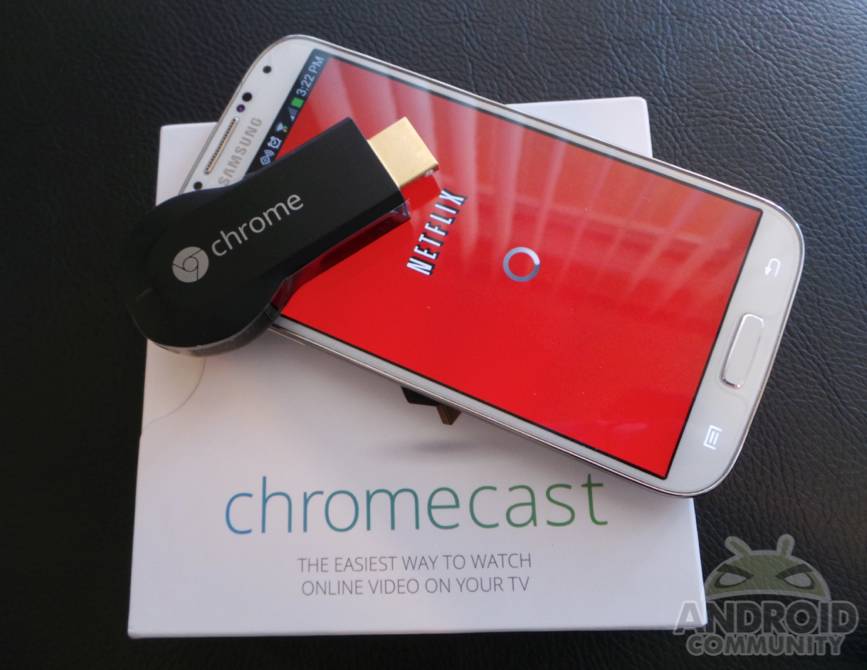 Following the announcement of Android 4.3 Jelly Bean and the Nexus 7, yesterday Google also announced a neat new product called the Chromecast. The impressive $35 HDMI dongle that aims to take over our living room with media streaming was met with huge excitement. Now we’re hearing the 3 months of free Netflix that they were offering with it has sadly been canceled.

The Chromecast will stream content to living rooms and HDTVs across the country, and it is extremely popular considering it’s only $35. While announcing and showing off the new product, the company also revealed both new and existing Netflix customers who bought the Chromecast would get 3 months of free Netflix. Which is about $8 per month, essentially making this device rather cheap for those already paying for Netflix.

Following the announcement the device quickly went up for sale on the Google Play Store, and before we knew it went from now shipping, to now showing that it will ship in 3-4 weeks. Which basically means they’ve sold out, and need time to get more stock. Today Google’s confirmed the 3 month Netflix promotion has been canceled sadly, and cites the overwhelming demand required them to end it.

We’ve now learned that the Chromecast has completely sold out from Google Play, Amazon, and even Best Buy, and the device is quite the hot ticket item. If you ordered on the Play Store before 3 PM PT (or while the purchase page still mentioned it) you should be getting an email with your 3 months of free Netflix. The image above should be appearing in your email, otherwise, you’re out of luck.

I don’t know about you guys, but as soon as Google announced the $35 price this device became an impulse buy and a no brainer. Did they really think it wouldn’t be a huge hit? The device is still arriving in Best Buy locations as we speak so you can probably still snag one, just don’t expect to get free Netflix with it.

Did you buy a Chromecast and if so, did you get free Netflix? If so, how are you enjoying that $35 investment?