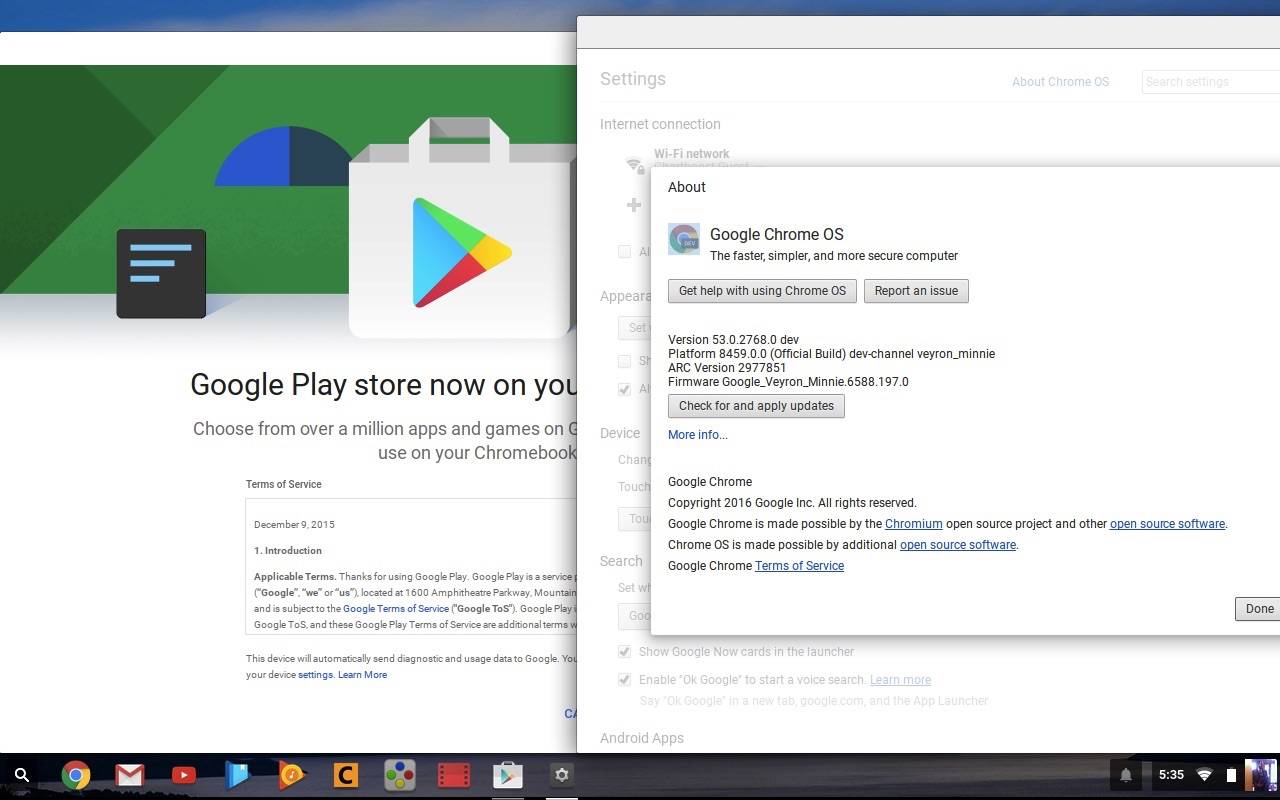 If you happen to have an ASUS Chromebook Flip, you’d be happy to know that it’s about to receive some new stuff. No, you won’t receive any new Flip accessories from either ASUS or Google but rather a major update with the Play Store in tow. It’s only last month when we shared when and where Android apps are coming to Chromebooks. Looks like Google is rolling out the feature slowly in some Chromebooks including the Flip.

A redditor known as NeoOfTheDark shared in a thread what his Flip just received. He showed a screenshot of the Google Play Store. It’s such great news because the whole Android community has been anticipating for this Google Play Store on desktop. If you don’t see it yet, we suggest you check for the latest software update on the developer channel 53.

The update was first seen on the Chromebook Flip. We weren’t sure if it’s ready for the Pixel yet but other users have reported they are seeing the same update already. Some other Chromebook models are also getting the update according to other redditors including the Pixel 2 and Acer R11. Those people lucky enough to download the update were able to test some apps and games like Real Racing 3, Solid Explorer, Google Cardboard, Snapchat, Autodesk Sketchbook, Minecraft PE, Crossy Road, Geekbench 3, Fing, Slap, Zinio, and MXPlayer among others.

This is still an initial release so we’re expecting some bugs. Not all apps may work instantly so better to wait for the next version. By then, Google would be more ready with the Play Store running most Android apps.