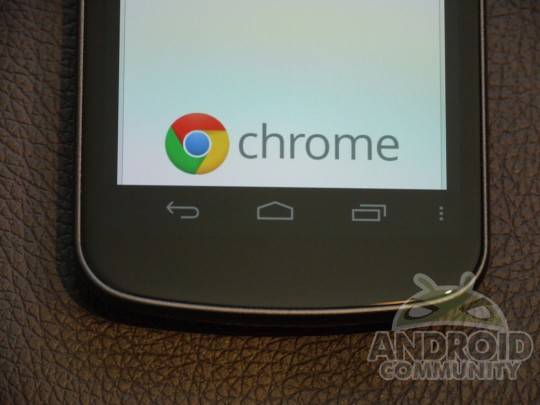 Google’s extremely popular browser Chrome for Android has just been updated today on the Google Play Store. Recently we reported the browser was getting ready to leave the “beta” tag behind but after today’s update they are still considering it a beta product and haven’t changed much.

The update to Chrome seems rather minor and doesn’t bring us anything we’ve been hoping for, like Adobe Flash and smoother zooming. Although according to the Google Chrome Blog it has received a rather large improvement to overall performance and speed. Google also specifically states the stability of Chrome for Android has been stepped up too. I’ve not really had any problems with stability myself so I can’t complain there. 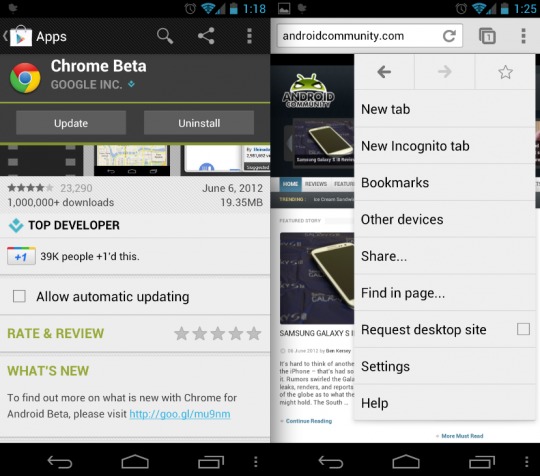 Google’s also very lightly reorganized the settings menu in Chrome too. While I’m not noticing anything dramatic at first glance I’m sure a few things changed to make things more simple during usage. The issue of not being able to auto-hide the status bar is still listed as a “known issue” so hopefully that will be addressed in a future update. Things are moving along quite well and the Browser has been my daily used browser for some time now. Hopefully it gets released out of beta and arrives for the masses soon.