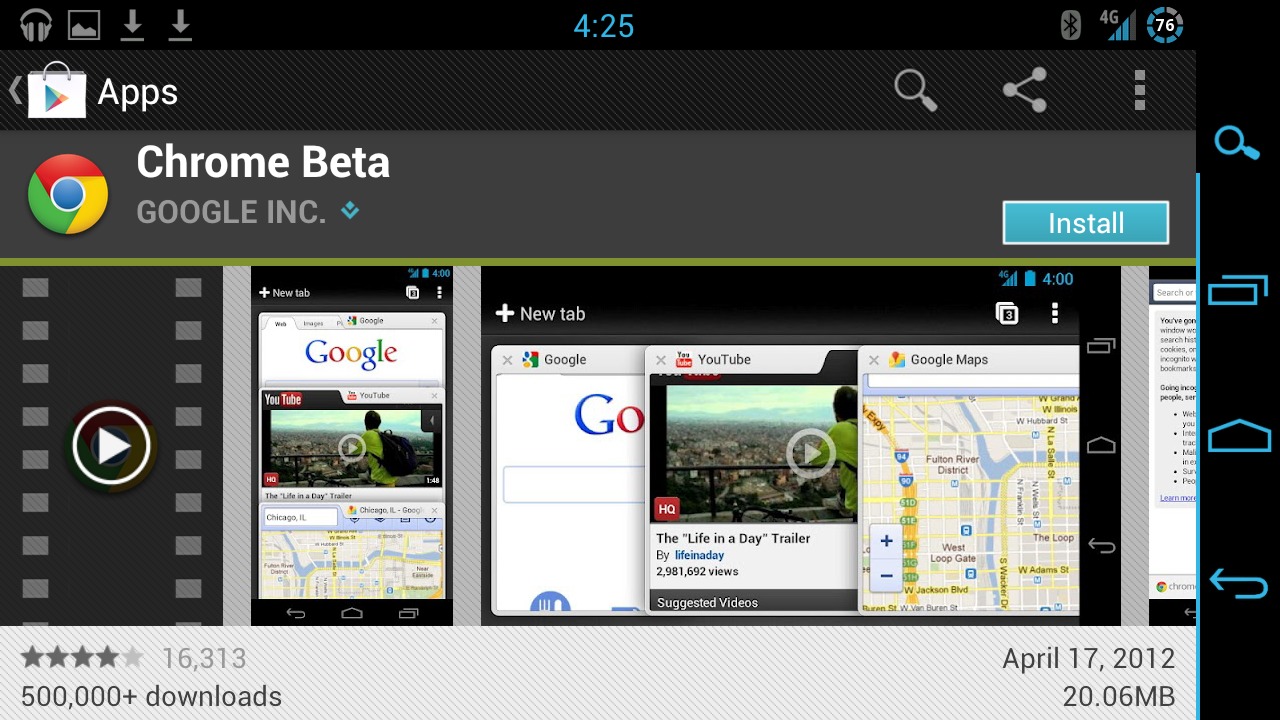 Google’s push to extend its Chrome browser to the Android platform has been a successful one for the most part, and apparently they’re done making it sit at the software equivalent of the kiddie table. Google’s senior vice president of Chrome and Apps Sundar Pichai said that Chrome for Android will lose its beta label “in a matter of weeks”, making a statement about the mobile version of Chrome’s readiness to take over Google’s web presence on Android. Pichai did not give a more precise date for the transition.

Chrome has already seen some important updates since it was released back in February. Last week’s update saw the addition of tab syncing and a desktop mode, the latter of which was one of the few things holding it back from taking over the default ICS browser in terms of features. The speed and stability of Chrome, even with a hundred tabs or more open, just can’t be beat on Android at the moment.

Getting rid of the Beta tag introduces some interesting questions. Google probably won’t make Chrome available for older Android phones or tablets without Ice Cream Sandwich, just to give users (into to mention manufacturers and carriers) another reason to upgrade. But if Chrome isn’t a beta anymore, will Google get rid of the default Ice Cream Sandwich browser and replace it with Chrome? That would certainly help from a promotional standpoint, but then again, the open source code for Android doesn’t use any of Google’s separately developed apps like Gmail and the Google Play Store. It may be important enough to keep Android as a “pure” open source project that Chrome won’t become an automatic addition.

In either case, we’re likely to find out within the coming weeks. Keep an eye our for the next revision of Android, be it Jelly Bean or something simpler, to see what Google is planning. It’s more than likely that we’ll hear more about this at Google I/O.