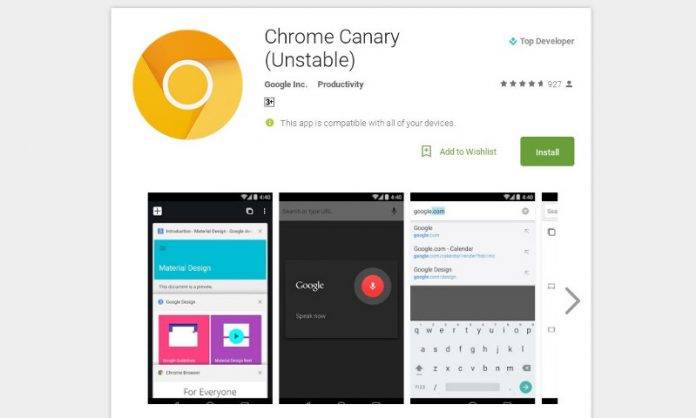 There are different release channels for Google’s Chrome browser, and you can expect different levels of stability and features on each one. The Canary release channel for Chrome has been around for quite a while now, and it puts out the newest and most bleeding edge version of the app available. This is usually for developers and early adopters, and has been available for Windows and macOS – but now the Canary channel is available for Android as well.

The Canary channel of Chrome for Android will mostly be like the Canary channel on other platforms. The app versions are going to be the ones using the most recent code available, and this version will allow you to see new features, enhancements, and bug fixes. You can see how this will be useful to developers and those who do bug testing and reporting.

The Canary channel builds are released automatically without manual testing, so you can expect a fair bit of instability on the app. Sometimes the app may even stop working entirely. These are the times when Google would need you to report these issues to allow the Chrome team to fix major issues as quickly as possible.

For Chrome on Android, the Canary channel builds will initially ship every weekday. Maybe some time in the future, Google says it might make new builds available on weekends. Please note that updates will be frequent, so you might consume a lot of your data – Google says more than 100MB every week, on the average – when the app updates, so make sure the app is set to update only on wifi if you’re concerned about your data consumption.