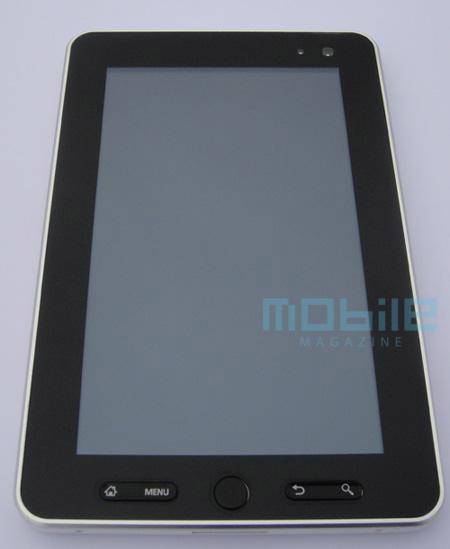 Last time we rapped about a CherryPad it was early October 2010, and it was another 7-inch Android 2.1 Android tablet and it cost $188. This time around it’s going to be a 7-inch Android 2.2 (at least) tablet and it costs somewhere between $300 and $400. Mobile Magazine has just been handed these “unconfirmed” details for this brand new CherryPad, so take them with a grain of rice, but they certainly don’t seem that far-fetched. Take a peek at this lovely little lady below.

The design of the hardware seems pretty neato, we’re digging the white border. The screen has been upgraded from a low-res 800×480 resistive to a 1024×600 capacitive multi-touch display. The tablet has two cameras, one on front and one on back, both of them (apparently) VGA and 3.0 megapixels with AF lens and LED flash. Fah! Bigger cameras, goodness! 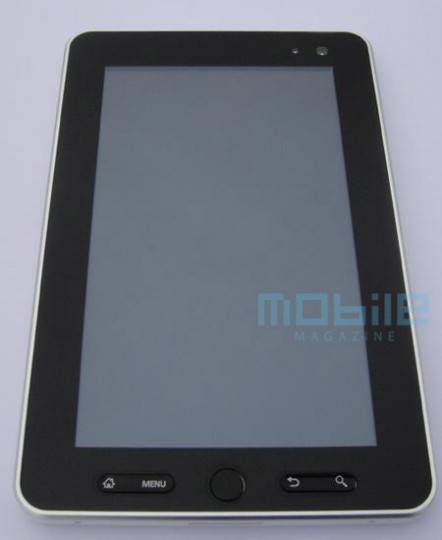 The older version had an 800-Mhz chip that’s now upgraded to a 1Ghz Cortex A8 cpu, with a 512MB DDR and 8GB to 16GB of onboard flash expandable to 32GB via the MicroSD slot. There’s GPS, Bluetooth 2.1, HDMI, and an unlocked GSM antenna to extend Wifi range. Cool! There’s an accelerometer, a light sensor, and there’s even details on the battery – a 4200mAh, 3.7V!