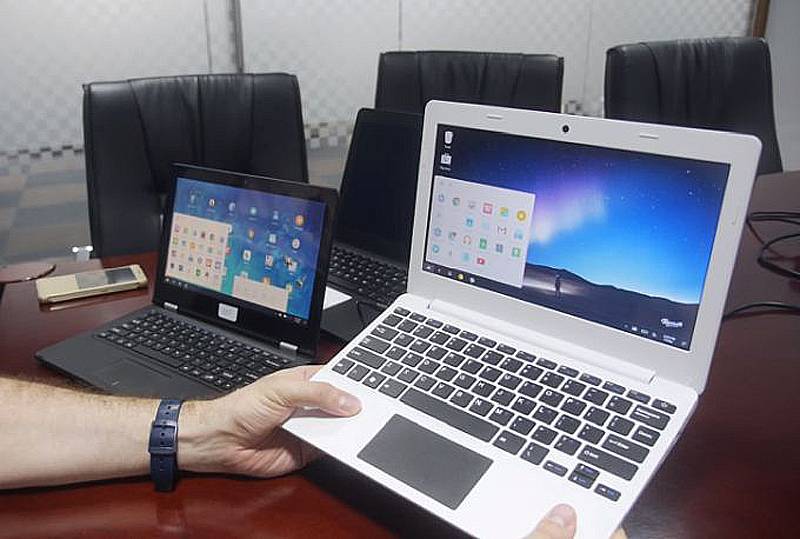 Well, Jide Technology – makers of the unique Android flavor called Remix OS – did say that they were looking for expansion to low cost devices that could make a difference in emerging markets. Most of the cheaper laptops and netbooks today are still powered by either Chrome OS or Microsoft Windows 10. But it might not be long before we start seeing laptops and netbooks powered by Remix OS.

Some industry pundits got to view reference designs from Allwinner, a China-based chip maker. These were entry level laptops, targeted to hit the lower reaches of the market, and powered by Android via Remix OS. In the models that were viewed was an 11.6 inch notebook, a 14.1 inch notebook, and an 11.6 inch convertible with a touchscreen display and a 360 degree hinge.

Sources say that the laptops could be priced at USD$79 per unit, but only for large orders in the hundreds or thousands. These units will be equipped with 1GB RAM and 8GB internal storage at the minimum. It’s no surprise that these will be powered by Allwinner quad-core or octa-core processors, with the upper limit of specs being 2GB RAM and 32GB internal storage.

The market pricing will probably be near where the cheaper Chromebooks are situated in the market at the moment – around USD$100 to USD$200, depending on the specs. There is still no release date attached on these laptops, but expect them in emerging markets pretty soon.