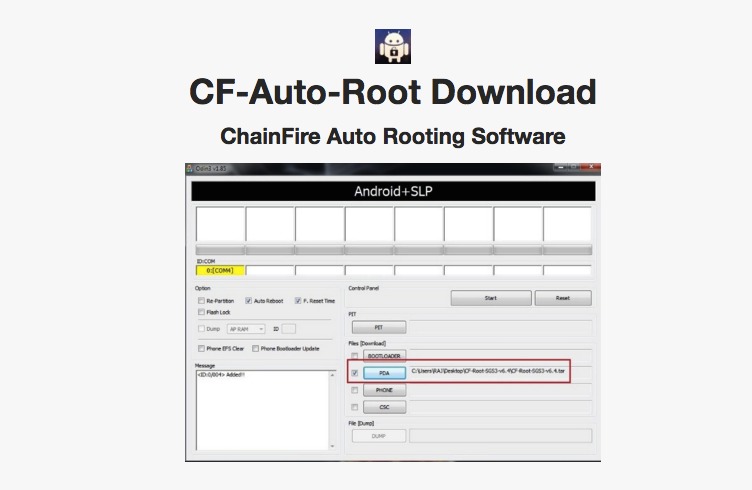 CFAR was finally updated after such a long time. The CF-Auto-Root recently got some new changes. The past few months, the developer has been working on a new version that will hopefully improve the way Android geeks use it. You see, a lot has also changed within the Android platform, with a new Marshmallow version coming out so that means more changes on root as well.

The Android team has released a big security patch for 6.0. Samsung also did the same thing to Android 5.1 since the tech giant hasn’t released Marshmallow yet. The CFAR being updated is expected and looks like Chainfire is more than ready to take on new firmwares and versions. This new CFAR version doesn’t offer support for BETA 6.0 yet but it should be available soon.

The CFAR version for more than 300 mobile device models have been updated. Android 6.0, Android 5.1 and some new firmwares are given additional support so they can install SuperSU v2.65. This update is major so make sure you know what you’re doing before you use the updated CF-Auto-Root. Chainfire warns that you know what you’re doing since the SuperSU app is no longer owned by the company. It’s now under new ownership so some things might have changed.

Feel free to check out the CF-Auto-Root Repository.