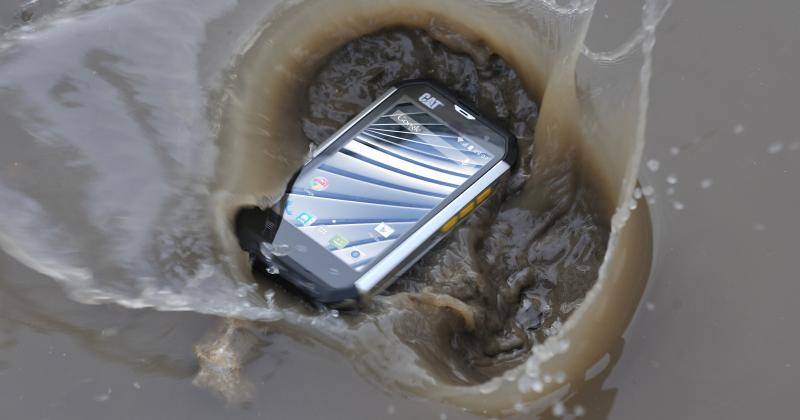 Normally, manufacturers would push out Android updates to existing phones. Not in the case of CAT, or Caterpillar, who is launching almost the same smartphone just for the latest version of Android. The good news is that it does improve some things a bit.

Caterpillar is a name you’d more readily link to heavy duty machinery and construction equipment, so it is unsurprising that its smartphones are designed to be just as resilient. In that regard, the B15Q is as formidable as its older brethren. It boasts of IP67 and MIL SPEC 810G ratings, the holy grail of dust, water, and shock proof equipment. In more practical terms, it can survive a 1.8 meter drop onto a concrete surface, last 30 minutes under 1 meter of water, and emerge unscathed in extreme temperatures ranging from -25° C to 55° C.

As a smartphone, however, the B15Q might leave many wanting. It shares many things in common with the B15 that was launched early 2013. In particular, they have the same 4-inch screen, which sadly remains at a resolution of 840×400, the same 5 megapixel camera, and the same 4 GB of internal storage. What has changed is the Android version, up from 4.1 to 4.4 KitKat, as well as the CPU and RAM, which have been upgraded to a 1.3 GHz quad-core MediaTek chip and 1 GB, respectively. In comparison, the B15 only had a 1.5 dual-core CPU, also from MediaTek, and 512 MB of RAM.

The CAT B15Q is unambiguously a low-tier entry-level smartphone dressed up with rugged features clearly meant for industrial uses. CAT has scheduled this smartphone to go on retail sometime this summer but has not yet revealed how much the device will cost.