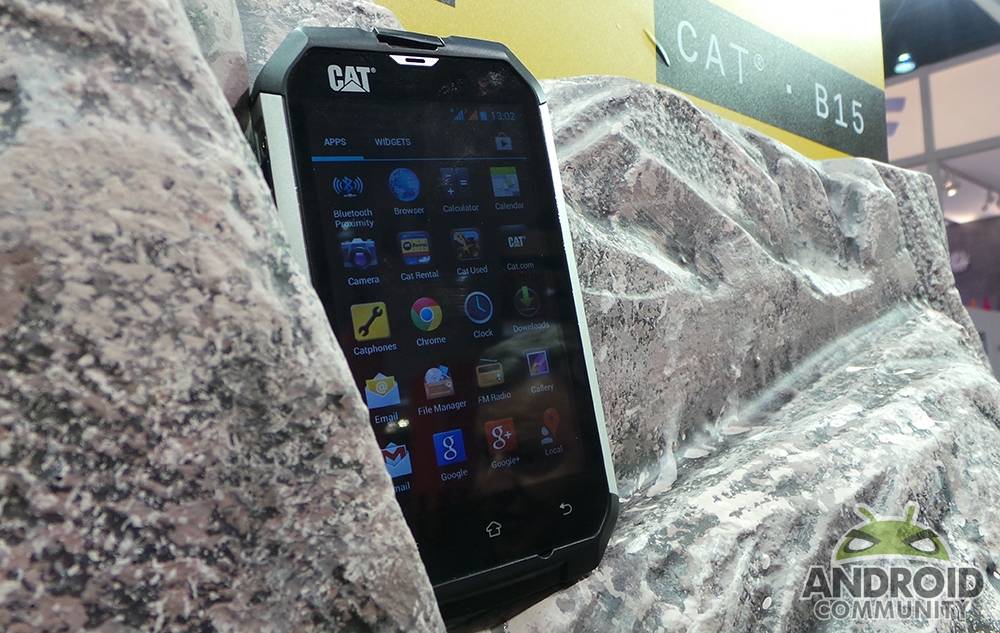 During the show here in Spain for Mobile World Congress an interesting device from the rugged construction company Caterpillar was announced. It isn’t their first Android smartphone, but the new CAT B15 could be a good alternative for those out in the field. This is one of those rugged smartphones that actually might be worth taking a look at thanks to Android 4.1 Jelly Bean.

This beast of a smartphone rocks a 4-inch display, and is wrapped in armor that makes it almost look like a tank – but in a good way. One of the only downfalls is the low resolution display in this 720p HD world (for mid-range phones) so we’ll take a few points off for that. Overall the rest is pretty decent and should handle those menial tasks with ease.

The B15 sports a 4-inch 480×800 resolution display, and is powered by a 1.0 GHz dual-core processor and 512MB of RAM. You’ll get only 4GB of internal storage but it also supports micro-SD to add additional storage options. The size is perfect that it’s bigger than most rugged phones, but small enough to still stay tightly fitted in a construction workers hand. With an aluminum frame to keep it safe, shock absorbent rubber and more this phone will never – ever – need a case.

As you saw in the video a few hard drops were nothing for this phone, but it also stands up to more severe drops, shock absorbent rubber keeps it safe, and is water resistant. The aluminum wraps slightly over the sides of the glass so you’ll never worry about a drop cracking the 4-inch screen, and that display is protected by Gorilla Glass 2 to stand most abuse. 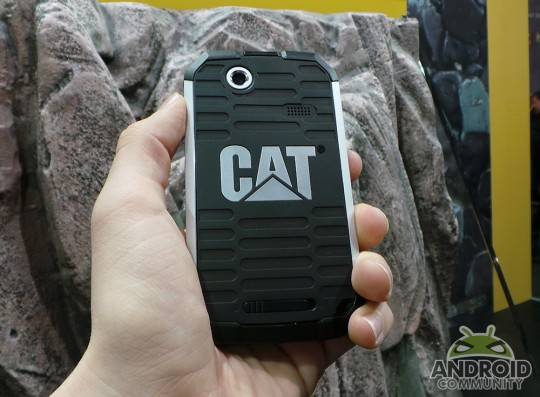 It can be dropped, hit with water, and even handle the weather elements. Heat protection lasts safely up to 122 degrees Fahrenheit as well as cold, down to -4 degrees Fahrenheit. Sadly it only has 512MB of RAM, which was depressing, but it does enjoy Android 4.1.2 Jelly Bean according to CAT. So that’s a plus. This certainly isn’t for everyone, but if you need a durable and rugged smartphone look no further than the CAT B15. It will be available starting next month.